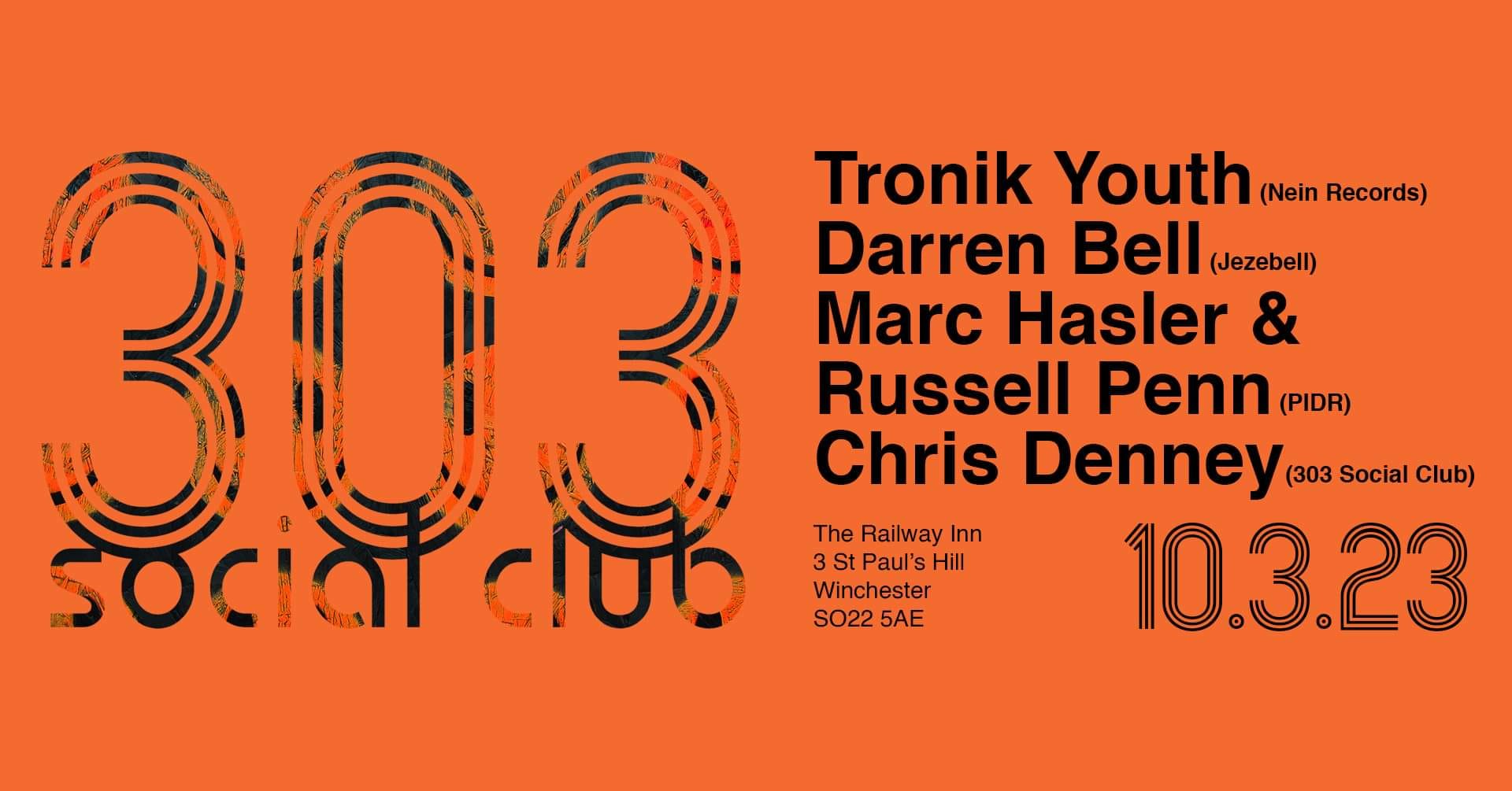 Bringing you the very best DJs and producers of all things acid, electronic and well, a bit dirty!

Tronik Youth is Neil Parnell well respected DJ, Producer and label boss of Nein Records in the UK. Tronik Youth has released numerous singles and a 100’s of remixes over the last decade, He has released two albums in the last 5 years to much acclaim….He has also released two albums of ambient/drone music under his own name to strong acclaim this year, and His debut album “Youth is wasted on theYoung” featuring Factory Floor’s Gabe Gurnsey on drums was released in July 2015.

The Nein record label he owns and runs includes esteemed artists such as Black Light Smoke, Roe Deers, Two Mamarrachos, Emperor Machine, and Curses Hewas voted in the top 30 artists of 2016 and 2017 on Beatport’s Indie Dance Genreand his label Nein was in the websites top ten labels….Nein was also in Resident Advisors top 100 charted labels for 2016.

In the pre-covid year He did successful tours of the Mexico (playing Kin Kin, CasaCobra, Mn Roy, Bar America and Sunday Sunday) ,and an Australian tour also Numerous festivals, He and his Label had their own stage at Alfresco festival in the UK and also Yaga festival in the Lithuania. Eccentric and unpredictable, this artist remains at the top of his game, signing the best underground talent from Europe to Nein records, releasing pure quality evident in all the Tronik Youth productions, mixes and DJ sets. ♫♪♪

Darren Bell has been DJing for over 30 years. From promoting and playing the VauxhallArches to the infamous Acid House Tunnel Club in Woolwich as well as a host of parties,illegal and otherwise since 1988.

A regular attendee at such iconic clubs as Raw, Wag, Clink Street, Shoom, Spectrum,Trip and the Mud club shaped his musical tastes and finding like minded people to enjoy it with and while working at the print produced many flyers and artworks for nights.

Darren was signed to an independent label and his tracks were regularly played in various clubs and on many stations including radio 1. After managing a record shop for 5 years he completed a music management course and went on to start his own record label, Successfully releasing a variety of tracks and setting up a collective, he ensured the artists could reach as many people as possible.

As well as His regular Dub Club Show, He is currently producing music under the name Jezebell and has played a number of festivals this year as well as curating events at Pikes in Ibiza. ♫♪♪

Alongside Kirsty Pemberton PIDR have promoted and been residents at their own parties in and around the Capital alongside guests of the likes of Ali Renault, Phil Banks of Forgotten Corner, Vactrol Park, Jonny 5 of Bahnsteig 23 Nathan Gregory Wilkins and many more.

Independently, they have played numerous underground events including Convenanza (Kirsty), Música Noche (Russell’s own London based club) and various festivals and venues up and down the country.

Musically… expect the unexpected. Expanded listening is their approach with an open mind and a reluctance to follow a crowd.

Chris started his electronic music journey back in the early 90`s getting his first set of Technics in 1993 and as his passion grew, saw Chris become involved with Bournemouth’s Slinky and also running Slinky Fm.

In 2013 saw Chris launch his own brand Twisted, booking Djs such as Dubspeeka, Dave Angel, Trevor Rockcliff and Wiggle and Fump resident Andy Moore and most recently Colin Dale to name a few.

Over the last few years his passion for Acid house has taken him in a different direction travelling all over the UK to some of the best events with the best people.