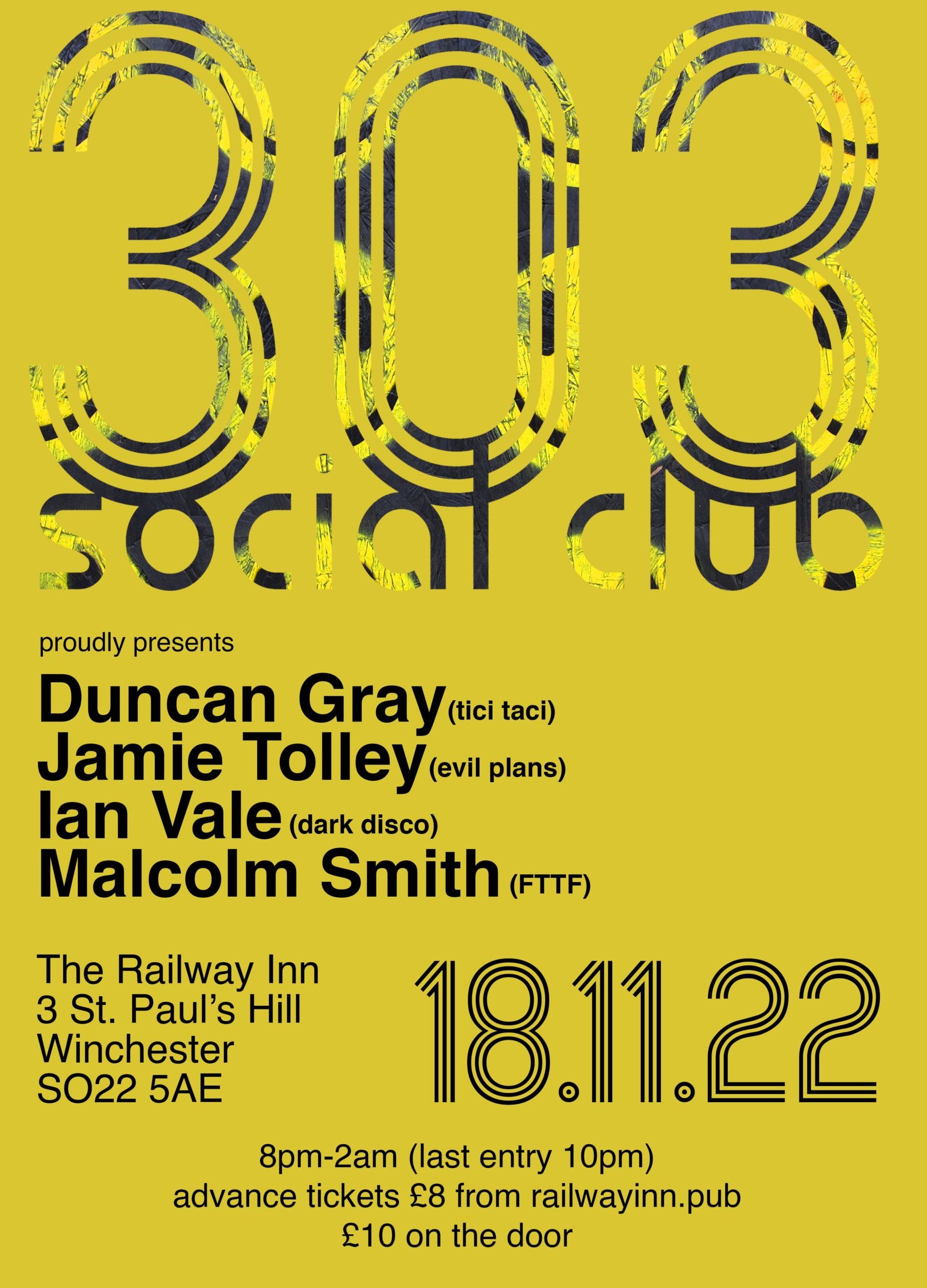 Bringing you the very best DJs and producers of all things acid, electronic and well, a bit dirty!

With nearly three decades of production experience behind him, Duncan Gray can be considered a veteran producer and DJ. His first vinyl label was started in 1997 (Scatolological), he is best known these days for establishing the Tici Taci label with help from the late great Andrew Weatherall. Tici Taci has more than 100 releases and celebrates 10 years next year.

Over the years Duncan has released tracks that have proved widely popular with DJs ranging from the Guv himself through to mainstream crowd pleasers like Boy George. As one half of seminal early 2000’s electro band Sons of Slough Duncan played many live shows as well as DJing around Europe and the US, and released records on a wide variety of labels including Skint. In recent times he’s played as far abroad as Australia, and has remixed the likes of Red Snapper, Yothu Yindi, and Chicken Lips. He played guitar on a number of remixes by Andrew Weatherall, and regularly contributed guitar and bass parts to a host of producers worldwide.

In recent times he has partnered with Sean Johnston as “Hardway Brothers meet Monkton Uptown” a mostly dub-based remix project but which has also led to the pair DJing together.

Around from the early days, James has been a life long electronic, House, Techno, call it what you want music lover, always with an ear for the music with power on the dance floor, it wasn’t long before he had 12-10’s of his own and was doing it himself !!! James went from being a resident at Club UK on Saturday night, making the Pop Art room his own, filling his 4 to 6 hour sets week in and week out with Techno bouncers!!! To playing regular with the legendary Fabio Paras at Pinch!! James now runs The Evil Plans Electronic Radio Show and is one Half of Blavatsky and Tolley, who he runs the Evil Plans record label with. Never a planner and always a player, James loves to live on the edge and play what’s right on the night!! Expect explosive and dynamic stuff on the dance floor !!!

Ian has been playing music to people in clubs, bars, parties and on radio for over 30 years. After getting absorbed into the early house scene in East London and Essex, via Soul and Funk parties. After learning how to mix, he started the well trodden path of residencies, promoting parties, remixing and releasing tracks and running labels across genres from house to techno to breakbeats. The 2000’s saw Ian DJ across the UK, Europe and Hong Kong, a residency at London’s seminal nightspot the Barfly in Camden and spots on early on-line radio station Breaks FM. A move out of London to Norwich for a while saw Ian promoting his own nights, and guest spots supporting visiting DJ’s and bands. After returning to London, Ian secured a residency at South East London bar and radio station, AAJA, playing slots live at the bar and online, spawning the long-running Dark Disco Radio show, now broadcasting monthly on MTCRadio.co.uk. He’s keeping his hand in on production and remixes, with music forthcoming on some of the scenes seminal labels.

Opening up for the launch of “303 Social Club” we have Malcolm Smith or Smiffy or Feet To The Floor Head Honcho.

Acid House isn’t really his bag, He’s been campaigning that Acid House will never catch on, We of course know that Smiffy is bullshitting and he will be building up the evening for us with any opportunity to drop some slow acidic basslines.

Malc runs his own night “Feet To The floor” which has been one of Winchester’s highlights musically for the last 6 years, pulling in Djs from all over the U.K to our wonderful city.

Smiffy will be venturing into a different box for our 303 Social Club launch although we’re expecting a bit of that signature Acid Disco to warm our feet in readiness for you all.