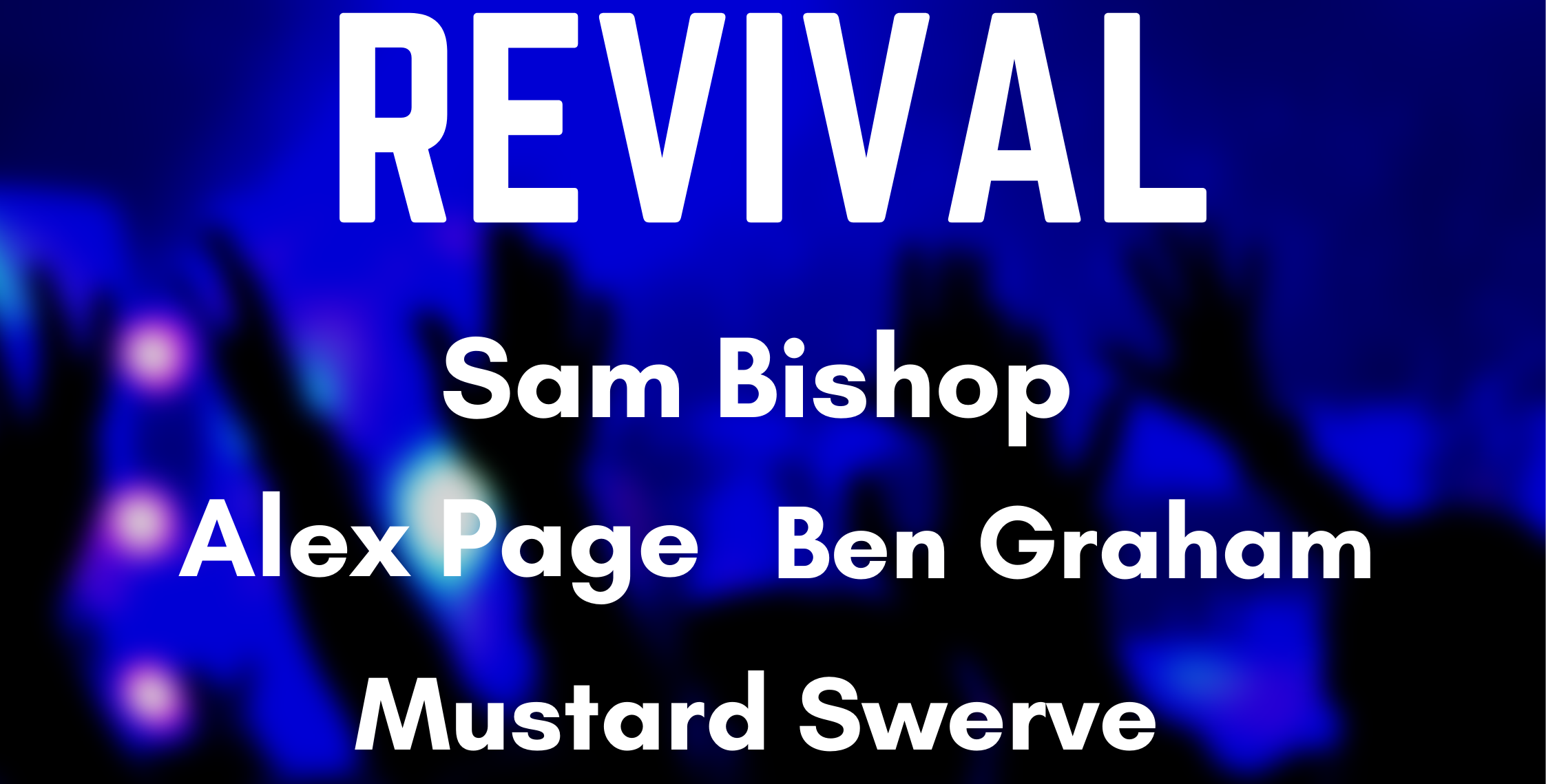 After Midnight is a student run blog from the university of Winchester, showcasing the best talent from the uni's musical courses with all profits from the gig going to Music Venues Trust.

After Midnight music blog presents REVIVAL, a night of incredible music ranging multiple genres at The Railway Inn in Winchester. Live music is finally back, so we wanted to celebrate by bringing you some of the best up and coming artists in Winchester. This promises to be a night full of great live music, that you won’t want to miss!

Performing on the night will be:

Sam Bishop: After seeing Sunset Sons in concert in 2016 and being amazed at their performance, Sam decided to form a band.  The band, 98 Reasons, performed up and down the country, gigging in close to 100 pubs in the space of just over a year. It was with this band he wrote his very first song Never Too Late, which started his love for creating original material. After a few years of performing with several bands in different venues, Sam decided to focus solely on producing original solo work, allowing him to be far more personal and transparent with his writing style. Sam released his debut EP ‘Cold Kingdom’ in December 2019 and in May 2021 he released follow-up EP, ‘Lost Promises’ featuring Fallen Sky and Wild Heart, written with Toby Creasy. ♫♪♪

Alex Page: After the disbanding of his previous band in late 2018, Alex Page began exploring his own musical avenues. Since then, he has been writing his own material and refining his craft. Alex’s main genres range from acoustic and indie to bedroom pop and rock, and he has taken inspiration from artists such as The Vaccines, Mac DeMarco, The 1975 and Modern Baseball. In early 2020, he began uploading some of these originals, as well as covers by various artists, onto his YouTube channel and Instagram account. This all came to a head when he released his debut EP, ‘Night Thoughts and Day Dreams’ in August of this year. ♫♪♪

Ben Graham: Ben Graham, is a solo vocal and piano act, from the South of England. Several influences include Tom Odell, Sam Fender, Fleetwood Mac, David Gray, Freya Ridings and more. His background stems from having a musical Uncle, Grandad and Brother, and he grew up surrounded by their Jazz, Soul and Rock influences. The music itself leads in between pop ballads, indie/folk, as well as delving into other areas of the pop and indie genres, with the unique lyricism and direction of the melodies. He’s been playing live, mainly in his hometown of Newbury, regularly for 4 years now, often as a solo performer, with the sporadic inclusion of my guitarist, Joe Brown. They have played together for 2 years, under the band name ‘Morris The Kid’. Ben has played a couple festivals already, Newbury Ale Festival & Behind The Gate Festival in Newbury, as well as a small family festival in Lambourne. He has just released his debut single, ‘Someone Else Try’, and is writing and recording his debut EP. ♫♪♪

Mustard Swerve: Primarily focusing on an Alternative Folk style of music, taking influence from artists such as: Radiohead, Haley Heynderickx and Daughter.