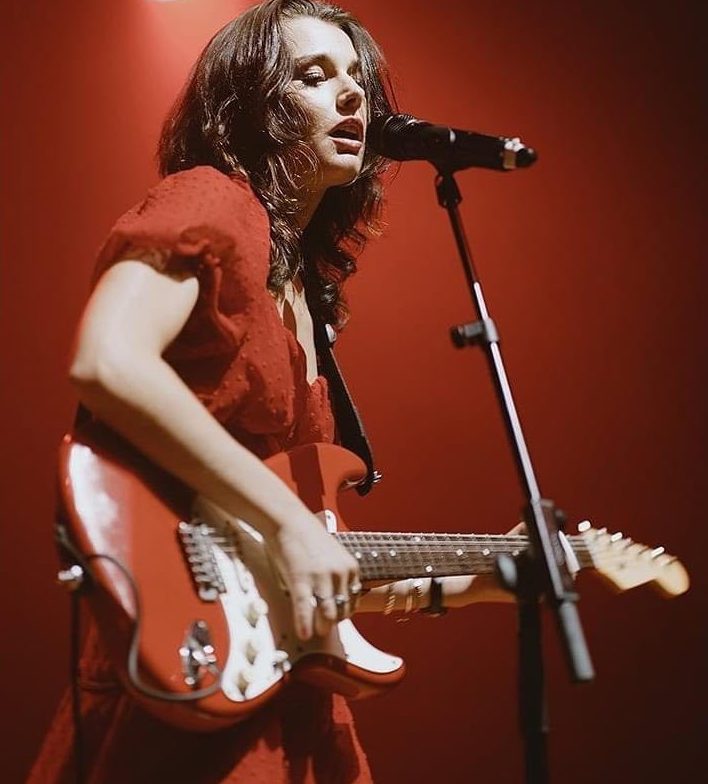 Bella Estelle is a charismatic, local singer-songwriter who has been writing music since she was 12 and has since gone on to release a string of singles, as well as perform across the South Coast.

Lucy Wroe is a singer-songwriter from  Winchester, living and performing in  London. Her first music release in January  2020 stemmed from 10 years of  songwriting and developing her sound as  a musician after first picking up a guitar  at the age of 10. Her indie-folk sound soon  evolved towards the release of her debut  EP Thoughts on a Dream in July 2020 which  drew influence from female pop icons like  Kate Bush and Joni Mitchell. Now, Lucy’s  sound is best described as jazz-infused  indie-pop, taking influence from Lianne  La Havas and Jessie Ware. Backed by a  drummer, bassist and guitarist, Lucy and  her band are currently showcasing a new set of unreleased songs which explore the  passion of a new relationship, the  complexity of commitment and how this  drives us towards self-reflection. ♫♪♪

Siobhán & The Sunset Haze: Hailing from the South Coast of England, Siobhán began her career as a solo singer-songwriter telling her own tales of love, loss and lessons learnt. Having released music alone, she is now regularly accompanied by her collective band of friends, known as ‘The Sunset Haze’. Planning to release their debut EP this year, after the pandemic halted their proceedings, they’re returning with a bigger and better folk-rock fusion and wild hearted live show. ♫♪♪

Rooftalk: Born in separation at the end of summer 2020, the Germany and England based Indie Pop band Rooftalk is the child of a long-lasting musical bond between Marvin, Jan and Philipp. Together the band members look back at 12 years of joint musical endeavours. Having known each other since childhood days, the trio now continues to try and make sense of the world through their love of music. After releasing several singles in2021, Rooftalk will release their debut EP ‘Chronophobia Part 1’ in early 2022. In spring the band will embark on their first tour in Germany and England for some long overdue live shows. ♫♪♪