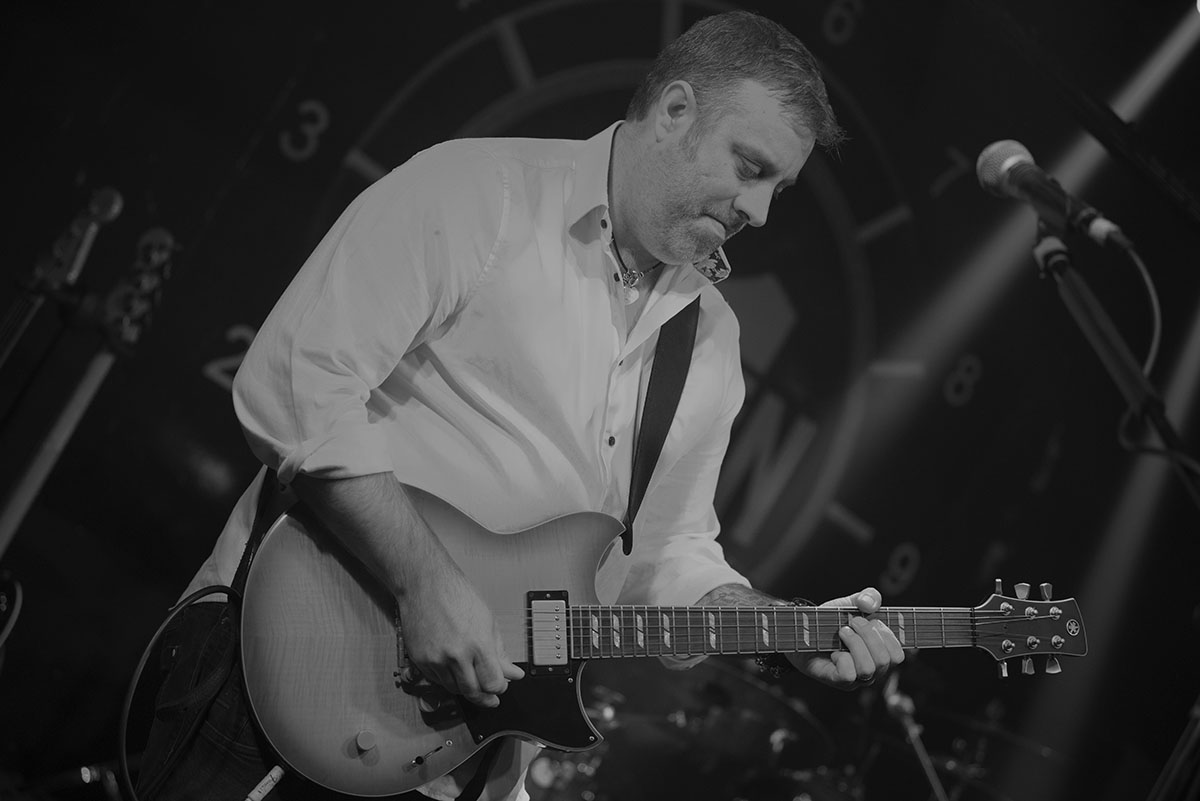 “Such was the intensity of the playing and the tight knit performance the whole band produced; you know why they are in such demand for their powerhouse performances”

Big Wolf Band formed in 2014 by Jonathan Earp and Mick Jeynes is one of the must-see rock blues bands on the circuit. 2017 saw the band release their ground-breaking debut album “A Rebel’s Story” followed by the 2019 “Be Free” featuring Zoe Green on main vocals. Both albums achieved great success and demonstrated the song writing talents of front man Jonathan Earp. Their albums quickly claimed number 1 best selling blues album in the Amazon charts, Top 20 iTunes, international radio play, number 5 IBBA Radio Chart, HRH, Planet Rock and even getting played on Paul Jones BBC Radio 2. Both albums received great reviews from Blues in Britain, Blues Matters and many more. Big Wolf Band has toured extensively, played fantastic festivals and supported some of the best artists on the scene including Bernie Marsden of Whitesnake, Elles Bailey, Pat McManus, Chantel McGregor, Erja Lyytinen Stacey Collins, Climax Blues Band and many more. Their live performances take the listener on a blues rock fuelled journey with dynamic highs, lows and energy filled set that incorporates everything you want to see from a live band. The Big Wolf Band has wowed audiences, festivals and promoters up and down the country. The band are now in the process of mixing their live album and working on their third album for release this year. ♫♪♪

Providing the bluesy tunes beforehand will be:

Gecko is a power trio with more than just one Foot in the blues. Formed in 2007, Gecko’s hard rock and often funky edge makes for an explosive fusion. Gecko return ahead of a new album and their first tour in almost a decade. It’s a raw sound that any guitar orientated rock fan wouldn’t want to miss. ♫♪♪

The Alex Wilson Blues Band formed in 2016 as a 4 piece and were joined 2 years later,  just at the start of lockdown, by Erin, our incredible singer. We play a mixture of traditional blues standards and funky, soulful music to get people dancing. Between all of us, we have supported well known acts such as Eric Steckel, Edgar Blues and Dr Feelgood.

Tom Davies & The Bluebirds Band were originally formed in in 2019 although derived from Tom Davies Trio. The original members from the trio are band leader, lead guitarist, singer-songwriter Tom Davies and drummer Tom Preston. Si Davis who has over 40 years bass experience joined in early 2022. Alex Wilson performs on harmonica, who also joined the band earlier this year. The band are from Fareham in Hampshire and perform blues and blues rock originals and covers on the circuit, locally in Hampshire, Surrey, Sussex and Wiltshire. The band released their debut single in September 22. They have recently recorded more songs for their EP release due out soon. The band have just returned from Dublin where they performed at Gary Moore’s Statue Memorial Fundraiser. They’ve recently supported bands such as Edgar Blues Trio [ESP], Gerry Quigley Mystic Blues Band [IRE], Dizzy Lizzy [UK] and Eric Bell Band [IRE]. ♫♪♪