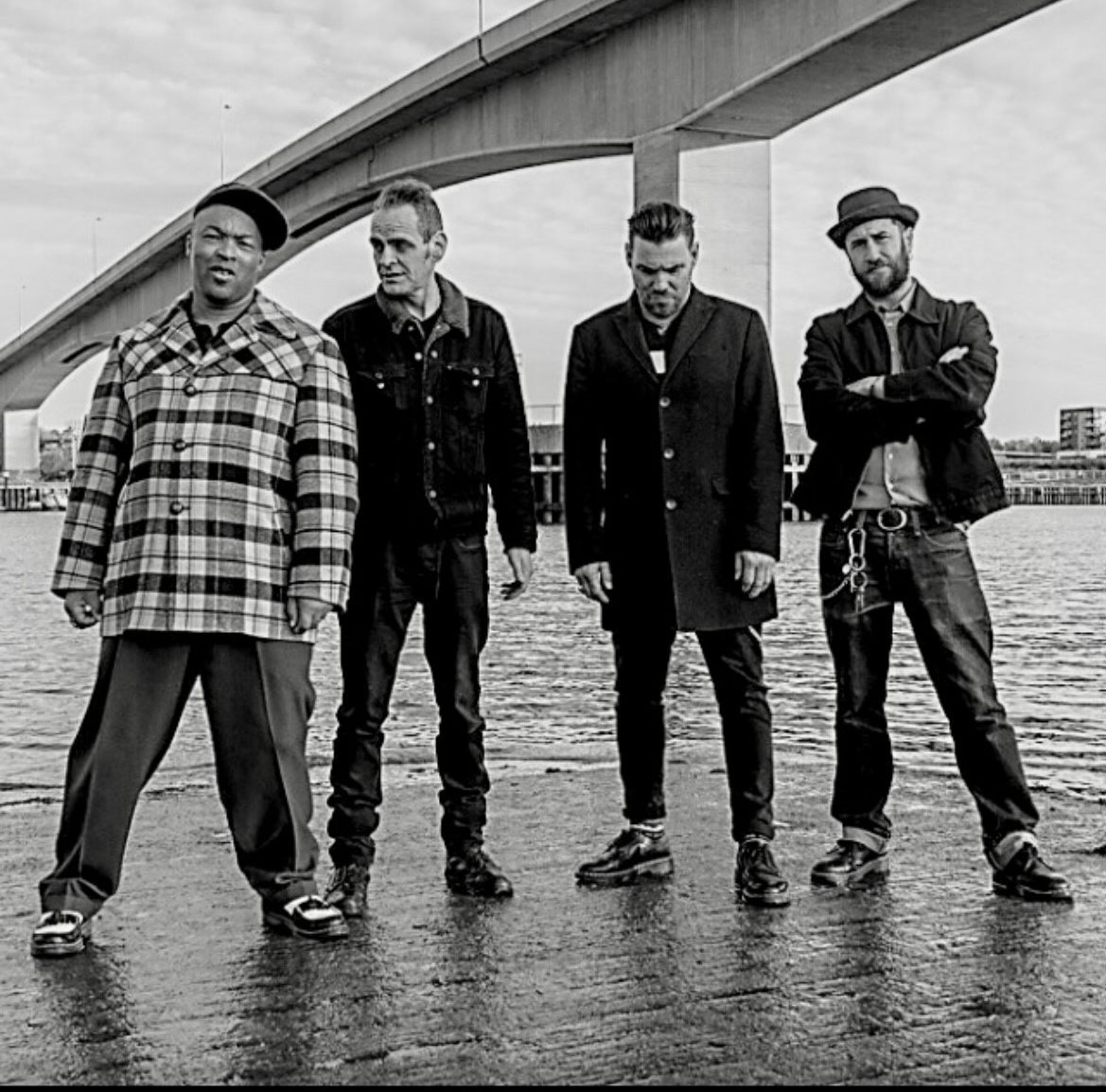 “With Black Kat Boppers you get to immerse yourselves in that rockin’feelin’. Think of us as ‘rockin the blues’ if you must, cos that’s the way weroll!” – Roy Phillips (Lead Singer)

The band regularly worked with Paul Simonon of the Clash who contributed the artwork for the debut album Boppin’ Atcha as well as singing and collaborating with the band on a version of classic Clash song  “Guns Of Brixton”–  Simonon also did the artwork for the follow up album  “The Black Kat Boppers” which was released in 2018. He has also played live with the band.

Also providing the groovy rock and roll tunes on the night will be:

The Jimmy Sixes: Using roots and blues as our points of reference, the songs pay homage to the garage, rock’n’roll and RnB of the 40s, 50s & early 60s. Listening to Junior Parker and Billy ‘The Kid’ Emerson’s take on “Mystery Train” or “Red Hot” was where it started. Wynonie Harris “All I Want To Do Is Rock” and Charkes Shefford’s “Voodoo Working” – soul and RnB inspired outings before the terms existed.We want to tap the root to get an authentic feel for how most arrived at their versions of songs; now largely identified with white rockers like Elvis and Carl Perkins. We wanted to go beyond the widely known versions to their, often, black stable mates on Sun and Speciality who had cut their teeth to lay down the original tunes. ♫♪♪

“The TR5’s” are unique in many ways. Part skiffle, part rock ‘n’ roll and part early r ‘n’ b, their sound epitomises a bygone era of cool, with an epic sounding unit of voice, acoustic guitar, electric guitar, bass and drums.With set lists made up of out-of-the-ordinary (but not unknown) 50’s and 60’s tunes, deliberately chosen to stand out, the band are guaranteed to capture your attention and have you hitting the dance floors. Their charismatic and energetic stage show is perfect for those great nights out that we all long for again.“The TR5’s” are designed for dance floors and play social clubs, rock ‘n’ roll clubs, British Legions and vintage events as well as putting on their own unique events in the intimate settings of pub backrooms and village halls. ♫♪♪