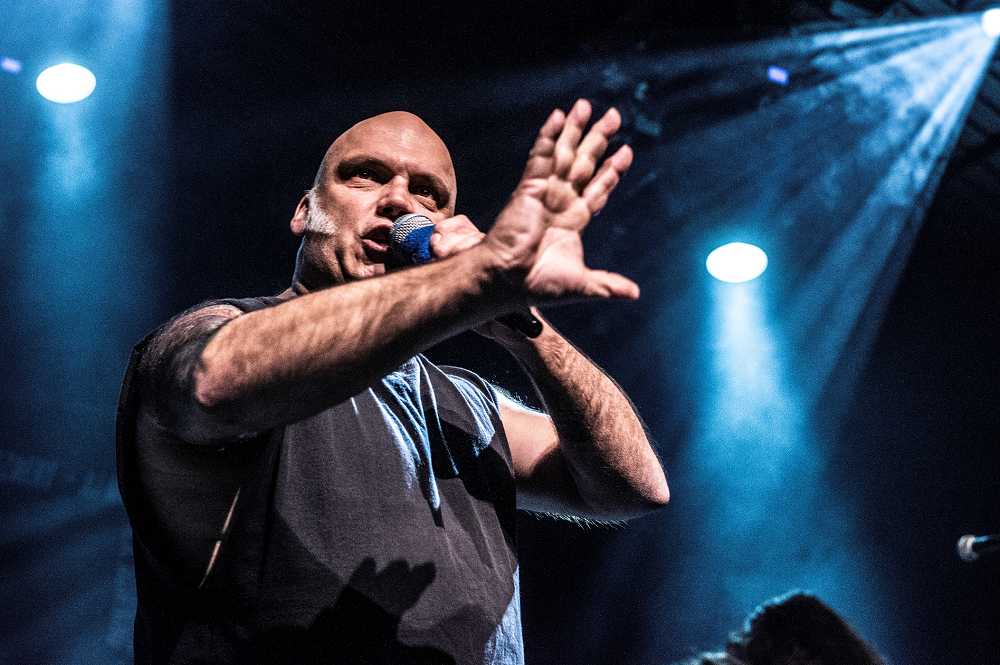 BLAZE BAYLEY is a singer/songwriter born 29th May 1963 in Birmingham, England

BLAZE BAYLEY is a singer/songwriter born 29th May 1963 in Birmingham, England. Having started his professional music career in WOLFSBANE in 1984, he was elevated to global heights when he joined IRON MAIDEN with whom he released two albums (“X-Factor” and “Virtual XI”) and toured worldwide between 1994 and 1999. After leaving IRON MAIDEN, Blaze embarked on a solo career, during which he has released eleven full-length studio albums, plus live albums, live DVDs and compilations. He’s also enjoyed an enviable reputation as one of the hardest working artists touring around.

In 2015 Blaze celebrated the 15th anniversary of his first solo release “Silicon Messiah” and then saw a significant worldwide resurgence of interest in his career, not least with the release of the “Infinite Entanglement” trilogy during the period 2016 to 2018.

This was followed up with two live offerings – the albums and DVDs “Live In France” and “Live In Czech” (2019 and 2020 respectively). During these recent years Blaze has toured widely in the UK, Europe, North America and Latin America. He’s become particularly recognised as an independent artist dedicated and remarkably connected with his fans, as well as for his unmistakable high energy, no-nonsense, live performances. Blaze joined DISTURBED onstage at the 2016 Download Festival for a rendition of ‘Baba O’Riley’ by THE WHO, was recently accompanied onstage in Poland by Swedish metalheads SABATON for a version of Maiden classic ‘Man On The Edge’ and was voted no.67 in Sweden Rock magazine’s Top One Hundred singers of all time.

In summer 2020, whilst touring has been minimal due to the coronavirus pandemic, Blaze was writing new material with his co-writer/producer Christopher Appleton, for a new full-length album release early in 2021.

The new studio album ‘WAR WITHIN ME’ was revealed and pre-orders launched in December 2020.

Blaze’s management stated… “We are truly excited to present the 11th Blaze Bayley studio recording ‘War Within Me’. The pre-orders are available now at the Blaze Bayley webshop www.blazebayley.co.uk with 6 options including CD, Vinyl and Deluxe Fanpack.”

ABSOLVA is a uniquely explosive British melodic heavy metal band, fronted by Chris Appleton, a guitarist carrying the spirit and feel of blues-era GARY MOORE into the metal arena, throwing the thrills and tricks suggestive of a new JOE SATRIANI, whilst projecting his melodic vocals and personality as a true master frontman in the rock genre. Accompanied by brother Luke Appleton, who is an imposing and powerful rhythm guitar player, going on to complement his older brother with some electrifying lead playing and backing vocals. This results in the delightful impact of twin harmony guitars reminiscent of THIN LIZZY at their best. On drums it’s as if John Bonham decided to project his spirit into the consciousness of Bill Ward, a true heavy rock drummer in the metal genre. Martin Mcnee, often called ‘The Machine’, is the embodiment of the archetypal powerhouse rock/metal drummer, skilfully combining the technical gift with groove and feel. Completing the bedrock rhythm section is the granite-like toughness of Karl Schramm’s bass playing, very much his own man, but with an undeniable nod to his biggest influence – Steve Harris, the bass playing legend of British metal heroes IRON MAIDEN. To accompany the outstanding musicianship and performances, Absolva has an enviable catalogue with five studio albums and 2 live, containing riffs, melodies, fretboard theatrics, with the most treasured gift of truly memorable songs.