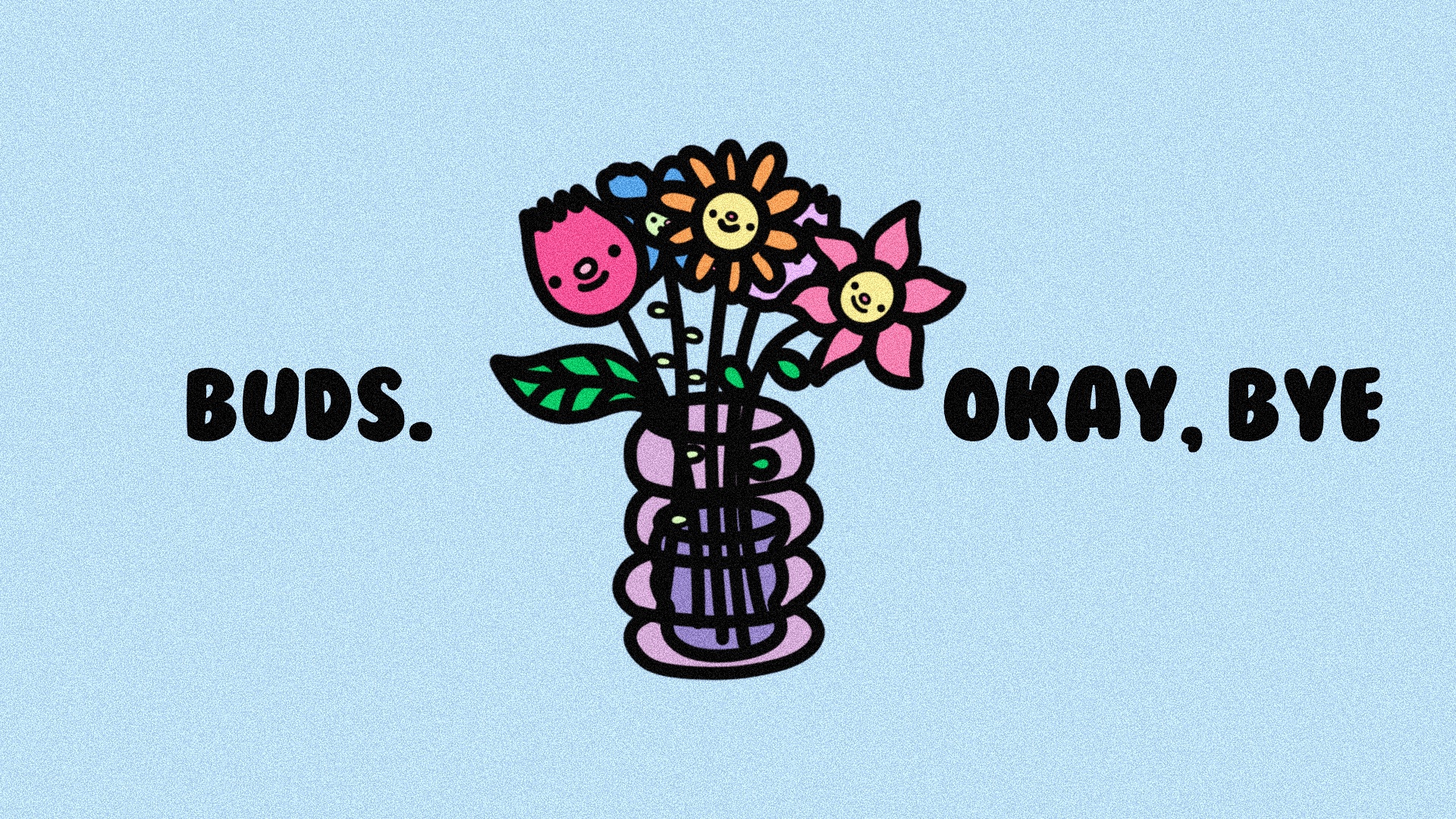 Buds. are an alternative punk rock band from Basingstoke UK made up of veterans of their fallen music scene. Their music consists of big singalong hooks powered by distorted guitars and punk rock energy.

Their debut self titled EP released on Ol’ Boat Records and recorded by Tom Hill (Muttering/ Modern Rituals) is described by guitarist and singer Dan Wilson as “songs that bring you joy in spite of your dread”  won the hearts of their local scene and saw them playing alongside underground heroes like Press to Meco, Cultdreams and Drug Church as well as a UK tour with Brighton punk duo H_ngm_n.

Their second EP released on Beth Shalom Records and recorded again by producer Tom Hill features a more condensed and introspective collection of songs focusing again on existential dread and new perspectives that come with growing older and wiser. Instead of progressing towards a more melodic and softer touch, Buds. have doubled down on their punk energy incorporating more use of aggressive vocals and guitar riffs while maintaining their anthemic sensibilities. ♫♪♪

Okay, Bye are a crybaby-punk band from Exeter, UK.They bring a fierce but fun feminist energy with songs that make you wanna scream but also dance along. ♫♪♪

Also providing the funky punky jams on the night will be:

S0DDS: Featuring noises like “uuuugh” and “PINTS”, S0DDS deliver a flavor of sounds suitable for the astute punk palate. S0DDS were conceived in the underbelly of Soufhampton, but their members hail far away mediocre English cities, which gives them… Well not much. But they are pretty good live. ♫♪♪