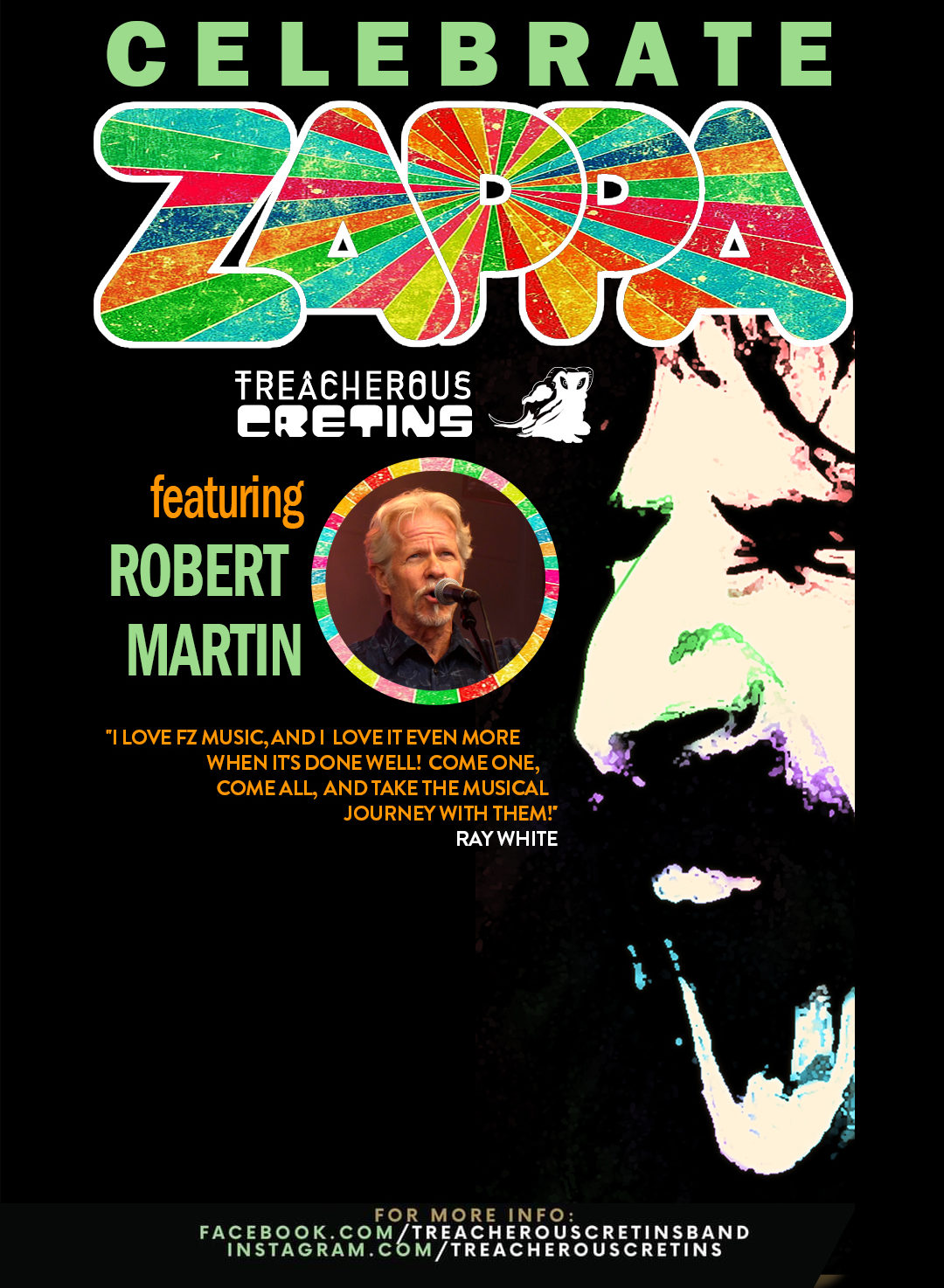 Following a successful Autumn tour in 2022, the Treacherous Cretins are delighted to be touring with Robert Martin who as well as performing with Zappa throughout the 80s has worked with other Rock ’N’ Roll, Pop and Jazz greats, including Hall Of Fame inductees and icons including Paul McCartney, Prince, The Moody Blues, and Etta James (on tour with the Rolling Stones), to name a few. Robert is also a member of Banned from Utopia.

After Robert joined Frank Zappa’s band, he performed on all of Frank’s tours and live albums from that time on. In between tours with Zappa, he earned the position of Musical Director for Bette Midler, and toured or performed with Michael McDonald, Stevie Nicks, Boz Scaggs, Etta James, Patti LaBelle, Bonnie Raitt, Kenny Loggins and many others. He is quite simply an outstanding multi-instrumentalist/vocalist and all round performer.

Treacherous Cretins is a UK based band that performs the works of the legendary American composer Frank Zappa. Its members have played and collaborated with the likes of Dweezil Zappa, Robert Martin, Ike Willis, Ray White, Denny Walley, Craig “Twister” Steward, Candy Zappa and more.

In 2019, they played the opening slot at the 30th Anniversary Zappanale Festival in Bad Doberan, Germany: a yearly festival dedicated to Zappa’s music which draws thousands of fans from all around the world.

Below is a video of Robert performing a Frank Zappa track (Village of the Sun) with the Treacherous Cretins, recorded during the pandemic!