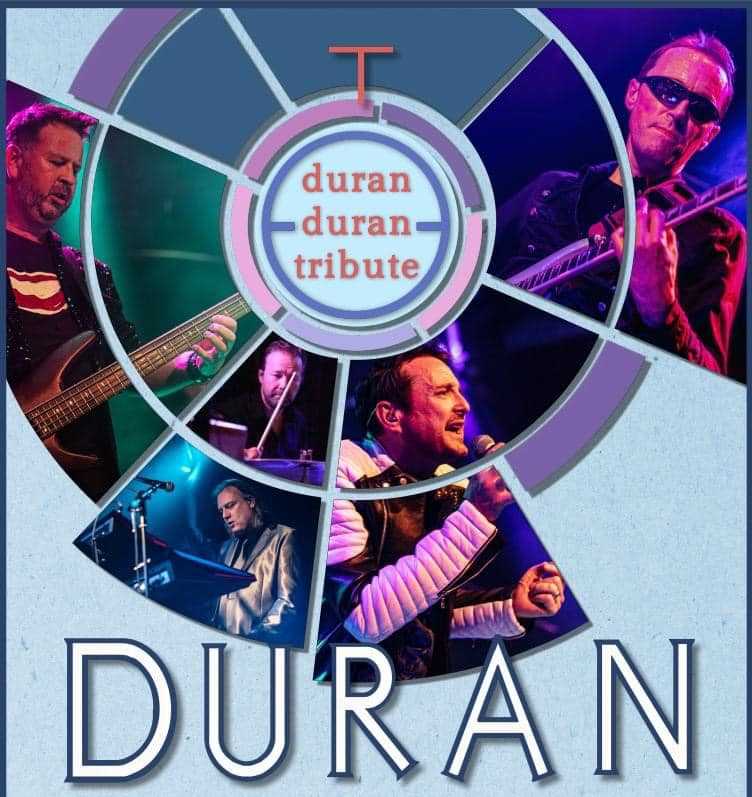 "All your favourite Duran songs will be played from this very talented band and they put everything in to giving the audience an amazing show!"

Originally formed in 1999, DURAN have maintained their reputation as one of the most respected and established Duran Duran Tribute bands in the world. DURAN have played across Europe for clients such as Butlins, Pontins, Warner Leisure Breaks, Chicago Rock Cafe, Grosvenor Casinos, Glastonbudget, Fake Festivals, Rewind and have also featured on ITV, NET.TV and BBC Radio.

The authentic sound of Duran Duran is faithfully reproduced using the same equipment as used in the studio by the real band to recreate the sound with as much accuracy as possible. As fans of Duran Duran ourselves we aim to provide you with the experience as we would demand ourselves.

DURAN deliver all the greatest hits as well as fan favourites in a stunning show fully tailored to your needs. We look forward to playing at a venue near you soon.