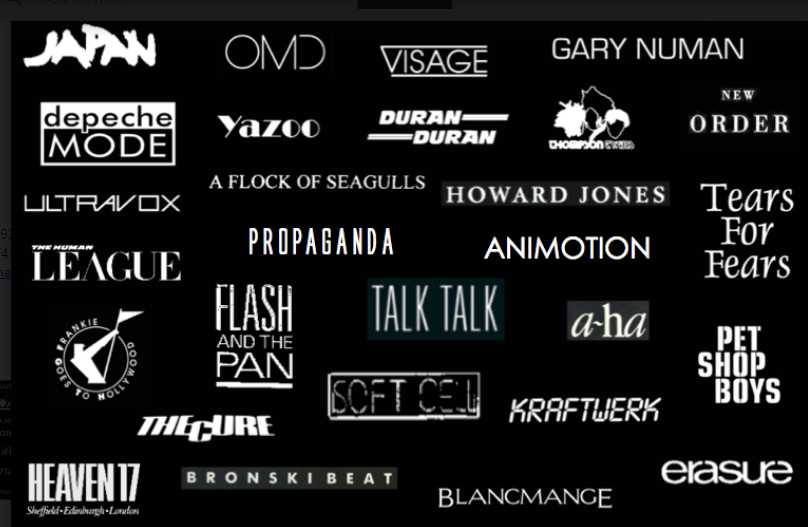 There are not many 80’s tributes bands in the UK that play proper classic 80s new wave tracks and I’ve seen them all, North, South, East and West. These guys set the benchmark. The musicianship is great, vocals are good, and the programming and authenticity of the sounds used is remarkably like the original recordings. Live, the PA and sound is good & clear a, light show is also good. Their main USP is the added brilliance of the original pop / top of the pops / live videos that are synced with their sequencer. Clearly a lot of time and hard work has gone into recreating these 1980’s classics,. They may only be a Trio, but underestimate them you really shouldn’t. If you want 80’s on a night out then I can assure you you will not be disappointed.

Established in 2008, with over 180 Tracks and 70 artists covered. Electric eighty are one of the best acts in the UK when it comes to New Wave 80s classics. They command a good following on the south coast and also play all over the UK and Europe. They pride themselves on researching the various synths used for each track and then recreating the sounds as accurate  as possible. They are also the only act to sync the original Top of the Pops , Live or official videos to the tracks as they play them live. A technical feat that is not attempted by anyone else in the UK, maybe even in Europe. This gives a unique perspective to their performance. Terry, Neil & James have a combined experience of over 90 years and have been playing since the early 1980s. Nice friendly lads who give a great performance and don’t take themselves too seriously.