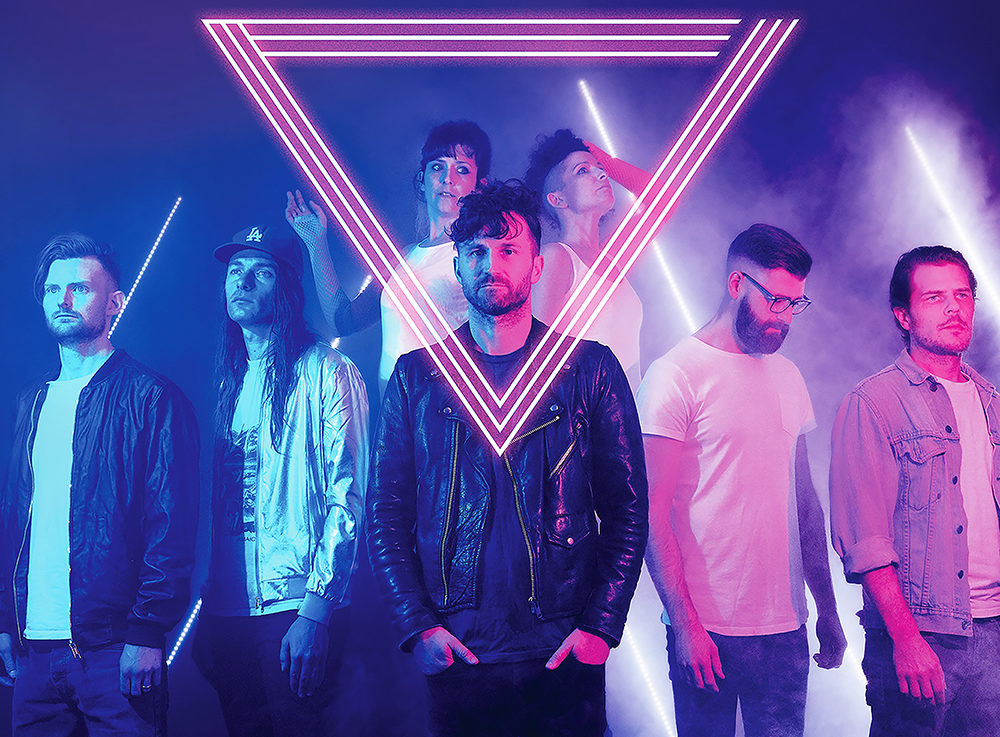 “On a warpath to making history… a bit of Muse, compared to My Morning Jacket, but ultimately what we hear is a dark, orchestral, and narrative-driven tour de force.” – New Sick Music

Unfortunately this show has been cancelled and will not be rescheduled in the near future, all ticket holders will be contacted and refunded.

Think of Flight Brigade as a family and you start to understand the chemistry between them. Consider their songs as epic stories to which each member is essential, and you begin to grasp what makes their music so powerful. Watch them perform and you can’t fail to be struck by the special bond they share.

Their sound is as distinctive as it is unique. Infectious melodies and hooks flow through songs that at times exude fierce energy and at others gentle poignancy. With grand orchestral sweeps, crunching anthemic guitars, strings and synths, their explosive performances feel like it’s their last day on earth! Festival appearances have included Glastonbury, Bestival, The Great Escape, Beautiful Days, Blissfields, and Boomtown as well as Reeperbahn in Germany. Named one of Time Out’s ‘Rising Stars’, radio play has included, Dan O’Connell Radio X; Steve Lamacq & Tom Robinson on BBC 6 Music; Gary Crowley, Bob Harris and Janice Long on BBC Radio 2.Signed to Wixen Publishing (Neil Young, Black Keys, Rage Against the Machine) in 2018, their songs have also been used on ‘Made In Chelsea’, Channel 4’s ‘Sunday Brunch’ and E4’s “Tattoo Fixers”. ♫♪♪

Also providing the indie jams on the night will be:

Our Propaganda: Taking influences from the likes of Biffy Clyro, Royal Blood, Twenty One Pilots and numerous iconic British artists, Our Propaganda have since 2016 been taking their striking blend of alt-indie rock to the stage, having previously gigged over half a dozen countries across Europe and played countless shows around London, the South of England and their hometowns of Southampton and Portsmouth, including five years’ consecutive invitation to the stage of Southampton Pride.

With 2022 ahead, and debut album release in their sights, Our Propaganda took Autumn 2021 to lay the foundations for their journey, signing a publishing deal with Peer music followed by releasing debut single ‘Fast Food at Midnight’ in September, ‘Summer In Herrenberg’ in October, and ‘Essential Love’ in December, as well as headlining the near one-thousand cap 1865 in their hometown of Southampton, marking their triumphant return to music. What lies ahead is the build up to their debut album release, recorded with renowned producer Steve Lyon (Depeche Mode/The Cure), and mixed by Grammy nominated recording and sound engineer Jonas Westling. ♫♪♪

Madeline North: Daughter of the south coast, the uplifting spirit of the sea flows through Madeline North’s tracks, kept in check by the pop sensibilities of a much more established artist. Having cut their teeth on Portsmouth and Brighton’s live circuits for the past 5 years now is the time for Madeline North to claim the spotlight. ♫♪♪