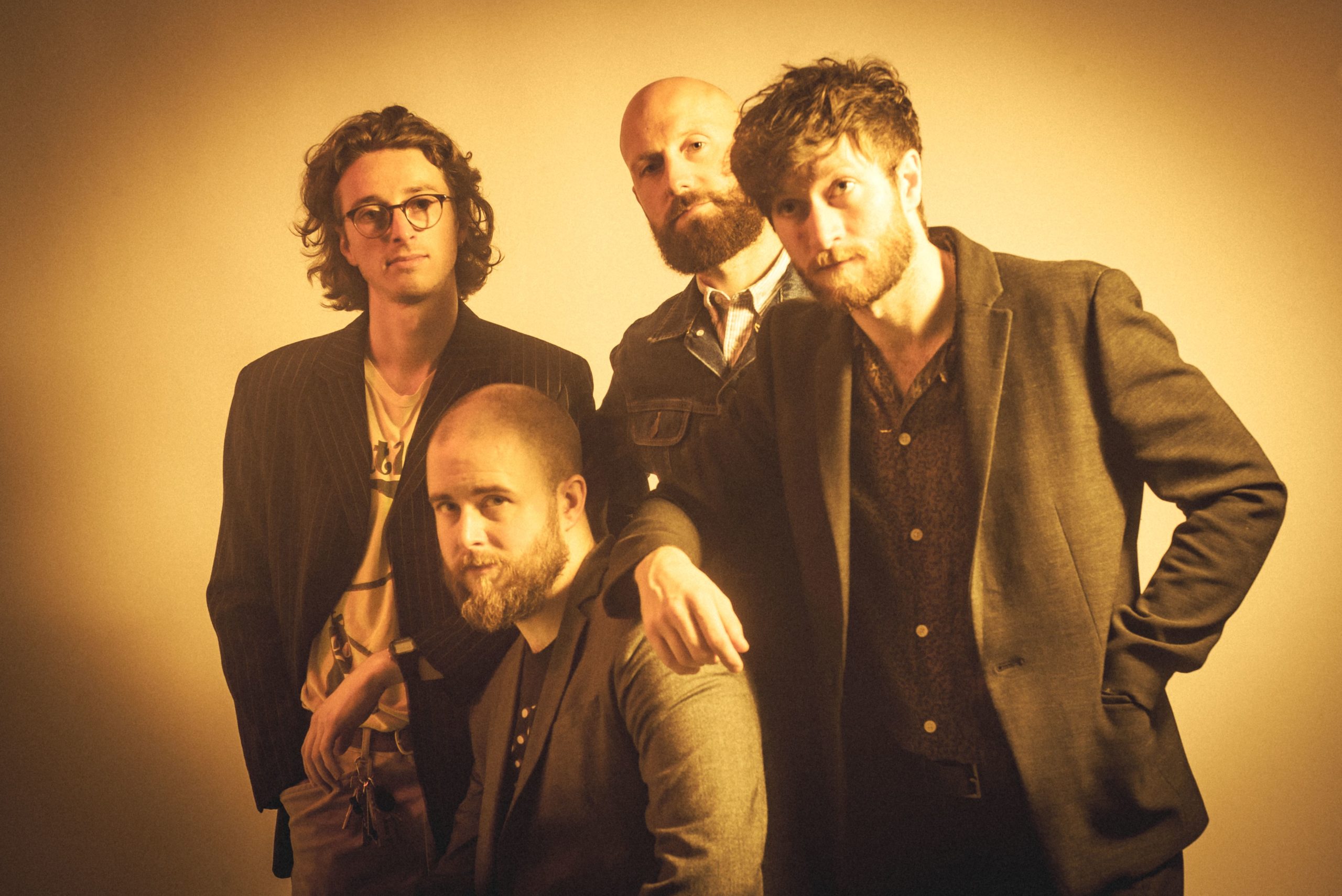 Everything is ephemeral. What’s here today may be gone tomorrow, and the ramifications of that can be utterly unexpected. This is something that Giant Party know better than most. Brothers Al (vocals/guitars) and Tim Harrod (keyboards/vocals) suffered the death of three family members in quick succession – including their estranged father who they hadn’t seen in twenty years. Suddenly they were forced to confront the insecurities his departure had caused head-on, while a succession of funerals forced the atheist brothers to revisit their religious upbringing.

Three years later, their smiles stretch from cheek-to-cheek as they share cherished memories old and new. Their brotherhood has strengthened to the extent that they’re comfortable moving within the blink-of-an-eye from a quick-witted joke to reflections on the most challenging times in their lives. Most of all, however, they glow with a new-found optimism. And it’s a positivity that’s well founded, as their upcoming debut album lives up to the potential that has earned support from Elton John, Radio 1 and NME.

As Giant Party’s main songwriter, Al channelled his trauma into the creative process as he underwent therapy. The result is a remarkable record in which pain and existential dilemmas are countered by moments of sheer joy and energising exuberance. Loss is of course prevalent, but it’s a collection which spans the spectrum of the human experience, from the initial impact of grief to the hope for a brighter future. And while their religious faith is gone, there’s a powerful belief in brotherhood, friendship and the escapist thrills of being lost in music. By the time the final song fades away, it feels like the synth-pop/indie kindred spirit to the Netflix hit ‘After Life’.

The album’s lead single, ‘Loving Arms’, is a product of this experience. Those raw emotions are prevalent in every line of the fractured soul of Al’s vocal. There’s a touch of Jeff Buckley in its unguarded vulnerability, but it also echoes Future Islands, Grizzly Bear and Tears For Fears. There’s a hymnal, elegiac quality to the song. Its grief is palpable, but it possesses a heartening hug that better times will eventually emerge.

‘Loving Arms’ and the majority of the album were recorded in a hectic week of 16-hour days during sessions inHastings with Kevin Vanbergen (Depeche Mode, Kid Kapichi). Giant Party have long forged the intuitive connection needed to make such a demanding schedule work. When they first formed the band in 2016 with drummer Hugh Fox and guitarist Mark Hyden (since replaced by Oliver Brown), they spent months writing and rehearsing before sharing their work with the world at large. They’ve also endeavoured to work as self-sustainably as possible, an ideology which makes the process the priority over any possible achievements.

For the Harrod brothers, the magic is just the same as it was back then when they’d lock themselves away with only each other and Jeff Buckley’s ‘Grace’ for company. “That’s our relationship with music,” concludes Al, visibly moved by the memory. “If life is difficult, you put an album on and it’s gone. Everything in the world feels right for a moment when you’re playing that awesome record.” ♫♪♪

Providing the tunes of support will be:

Warmpth is a synth-pop musician from Southampton, UK. His songs have gained plays on Radio X & BBC 6 music radio. He has been performing live as Warmpth since 2019. His unique blend of synth pop and dirty guitar riffs has garnered attention from music lovers and critics alike. ♫♪♪