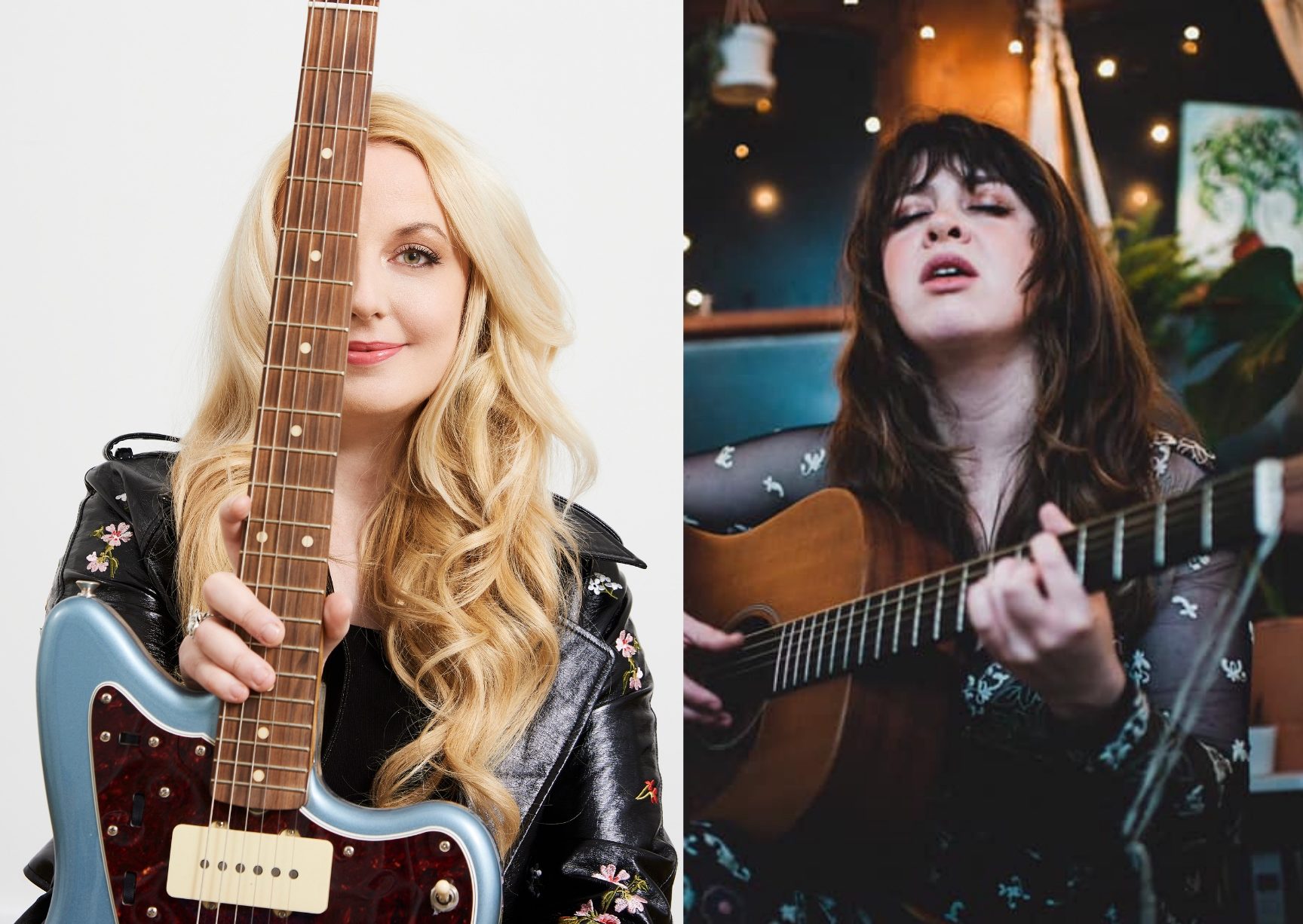 Hannah Rose Platt and Kate Stapley are rising stars in the UK and international music scene, joining forces to create an intimate double headliner show at The Railway Inn. You won't want to miss this!

Hannah Rose Platt is an acclaimed singer-songwriter, multi-instrumentalist, and storyteller who merges the sinister authorial prowess of Nick Cave and Tom Waits with the gilded Americana of Bobbie Gentry and Emmylou Harris.

Platt was born and raised in Liverpool, where she wrote her first songs and played her first shows and is now based in London and Bristol after working hard to become an established figure on the UK music scene. She recorded her debut offering ‘Portraits’ in Nashville, where she worked with some of the industry’s leading names, Grammy award-winning musicians Mark Fain, (Ricky Skaggs, Dolly Parton) Stuart Duncan (Emmylou Harris, Robert Plant & Alison Krauss) and Andrea Zonn (James Taylor). ‘Portraits’ was released independently to widespread critical acclaim, receiving 5 star and 4 star reviews across the board after which, she was invited to legendary BBC broadcaster Bob Harris’ home to record a live session for his ‘Under the Apple Tree’ youtube channel.

Championed by broadcasters Sid Griffin, Baylen Leonard, and Ralph McLean, Hannah has also had TV sync success with several tracks used for Channel 4, and considerable airplay on BBC, national, and international radio; she has also performed live on BBC One. Platt has toured extensively across the UK, Europe, and the USA, both as a headline act, and opening for artists such as Frank Turner, BJ Barham, and The Long Ryders. She recently signed to Netherland based label ‘CRS/Continental Records’, who released her critically acclaimed second offering ‘Letters Under Floorboards’. She is now set to release her third record, a brand-new concept album of ghostly folk/rock narratives produced by the illustrious Ed Harcourt. ♫♪♪

Kate Stapley has been writing and performing poignant yet playful songs for 9 years to rooms full of people, sometimes loudly, sometimes quietly. She writes about mental health, family and being a woman.

In support of Kate and Hannah we will have:

Eric Walker and Sarah Rose are both singer/songwriters who hail from Hampshire.  They have released music individually, and together released their original duet ‘Doing It for You’ in the Summer of 2020 – a country song which was well received by radio stations and playlisters across Europe and the US. Eric and Sarah began singing duets at the former Loft in Winchester and have since graced stages including the WaterRats in London and the Winchester Hat Fair in 2021. Their set of duets draws influences from country, indie, pop and EDM, and includes a mixture of covers and originals. Vocal harmonies blend with piano and guitar lines to create a distinctive acoustic sound. Eric and Sarah will be joined by multi-instrumentalist Parker Turner on cajon for this performance. ♫♪♪