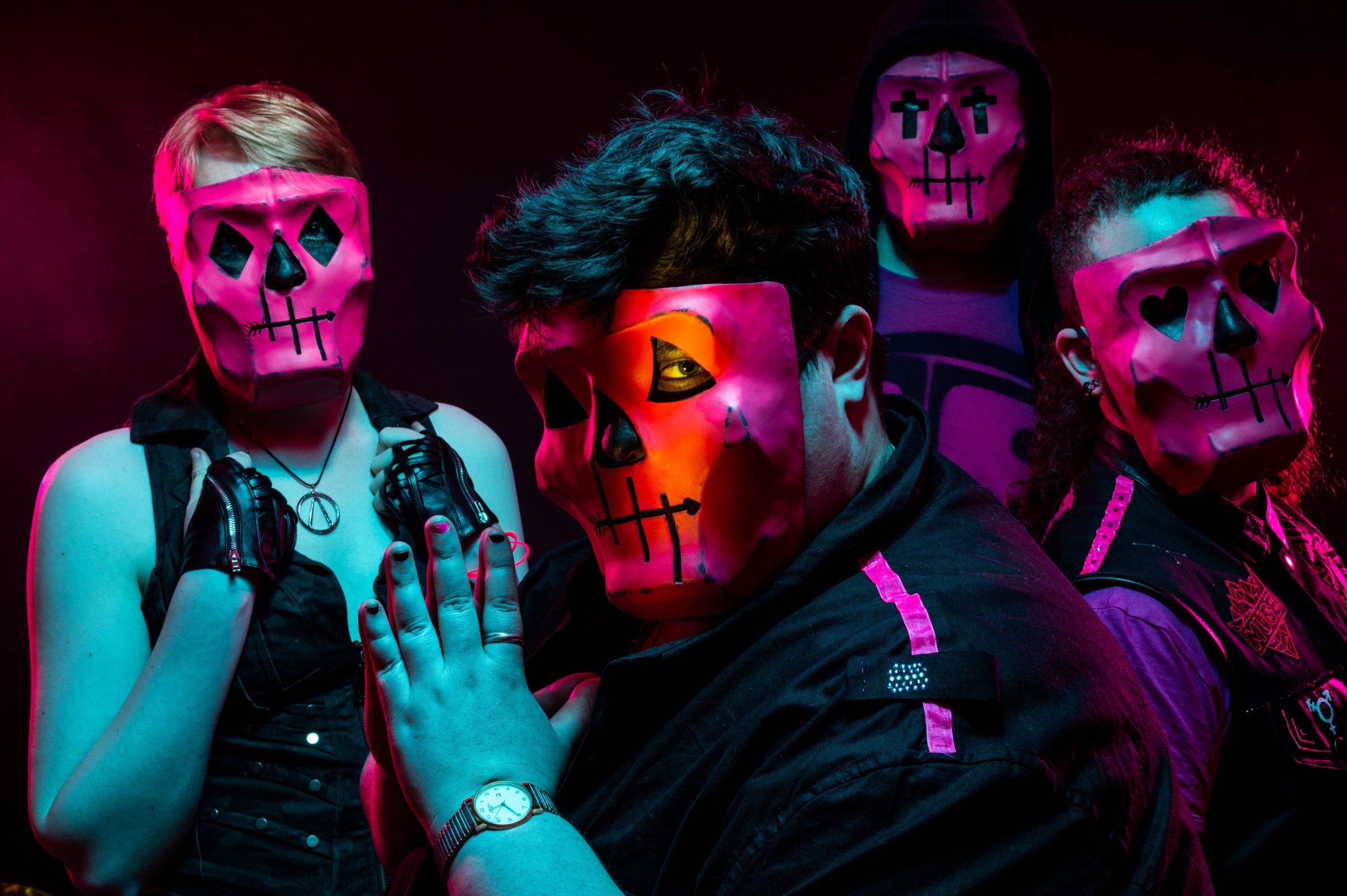 Being a predominantly queer / trans band, Hunting Hearts exist to bring representation to the stage and hope to inspire others with powerful vocals and catchy hooks wrapped in an alt-rock package that isn’t afraid to genre-hop over the course of one song. We promise, you’ll be going home humming something from a Hunting Hearts set at the end of the night, and you’ll want to scream the lyrics at us next time you see us.

Join Hunting Hearts on their debut album tour, showcasing their music as you have never heard before. Promising to take things to a new level, no expense of effort has been spared to present this music as if there was no tomorrow. They promise to bring utmost drama and musical thrills to Winchester…

After being captured by InsidiCORP, will “Anybody Else” be able to stop this evil megacorporation from abusing the power of the Heartstone and the Earth itself for their own ends? Will you be fighting the good fight at this gig against fascism, inequality and greed?

Hunting Hearts strive to create safer spaces where they tread, with a focus on LGBT+ and minority identities from the get go, this will be a queer friendly night, and we will make it as accessible as possible. Access to the stage and toilets is past the door marked “Platform 1” in the front bar, in solidarity with Hunting Hearts our toilets will be gender neutral, so pee in whichever toilet you’re comfortable in! Our gigs can get a bit rowdy with moshing at the front, and we encourage unabashed dancing in all forms. If you have any questions, concerns or requests to make the event more accessible, please email or message us (huntingheartsband@gmail.com) ♫♪♪

Providing the riffs of solidarity on the night will be:

Artemis are a four-piece, alt rock band formed in Southampton UK, in February 2019. Amongst the ranging punk-quartet, lie the powerful and seducing lead vocals of Yianna Schultze, vibing with the rockin riffs from guitarist, Frankie Linton, in addition to the catchy and punchy basslines of Han Abecassis, which lock with the insanely sick drummer, Fenella Saunders.  Consistently providing bangin tunes for adrenaline-seeking giggers, Artemis recently supported Destroy Boys, and are actively gigging within Southampton and London, Winchester and Portsmouth. The band is at home in a live setting tearing the roof down off venues and always setting the bar for top notch and unforgettable energy. ♫♪♪

Fuzzpills are a alternative rock band from Fareham, formed in the second half of 2021 they have already played many local gigs and even further afield, their sound could best be described as a mixture of royal blood and nirvana and live they certainly bring massive amounts of energy. They will have new music out in 2022 so definitely watch out!

The Order of the Hour are a new band from Winchester, the order of the hour is to drink, dance and party – so you better be doing it twice as hard for their half hour set!