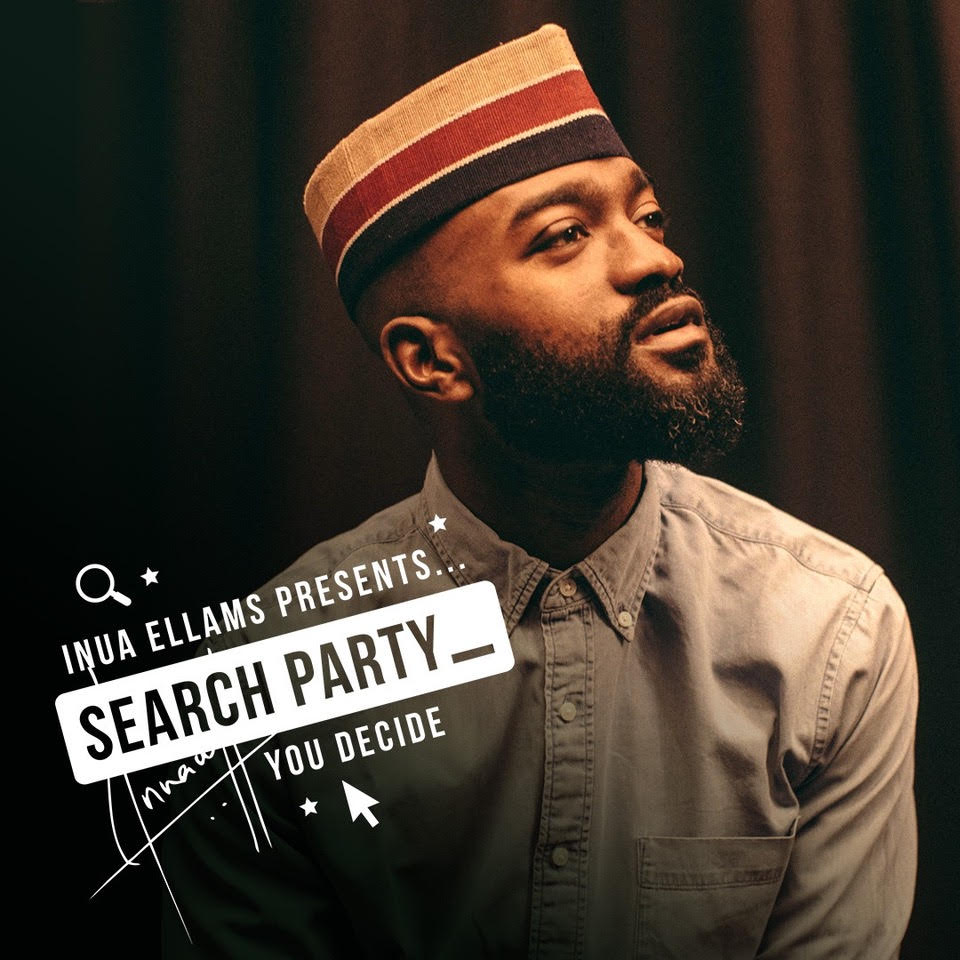 Pick a word, any word. Prompted by audience suggestions, Inua Ellams will search through his extensive archive of work and perform a reactive and spontaneous selection. Each show is unique and special.

Inua Ellams’s first play, The 14th Tale, debuted at Arcola in 2010 and later transferred to the National Theatre; his KnightWatch: SouthS’tory was also produced here in 2012. Barber Shop Chronicles has played two sell-out runs at the National Theatre and a world tour. Across his work, Inua mixes the old with the new: traditional African storytelling with contemporary poetry, pencil with pixel, texture with vector images, with an emphasis on themes of identity, displacement and destiny.

Gracie’s poetry is a confessional performance: her diary read aloud in uncomfortably honest free verse. It is sometimes self-deprecating, and sometimes a fierce attack on the world, the patriarchy and the audience.

Gracie has been performing at The Railway Inn (amongst other places) for about eight years now. In her spare time, she likes to prop up the bar, making all sorts of fun, new mistakes she can write about.

Issa Loyaan Farrah-Kelly creates percussive, mantric and image driven poems. Musing off a lifetime of hip hop and classic literature, he creates oral soundscapes on themes from psychosis and addiction to festival nights and love. He has been commissioned by the British Arts Council and is currently working on his debut E.P, having been awarded an A Space Arts Lucky Dip Bursary.

Issa founded Write a Note Poetry Open Mic (Southampton) in 2016, and since 2017 has regularly hosted shows on Riverside Radio  (London) wherein he presents a selection of musical and poetical skill from the local scene and beyond.

“Issa is a kind talented active voice in the poetry world I met him through mutual friend . I love his ideas on poetry and peace and he works hard and keeps expanding and growing” Stephen John Kalinich

As always with Poetry Platform the first hour of this show will be dedicated to a poetry open mic, so bring along your notebooks and words

Off The Rails Comedy