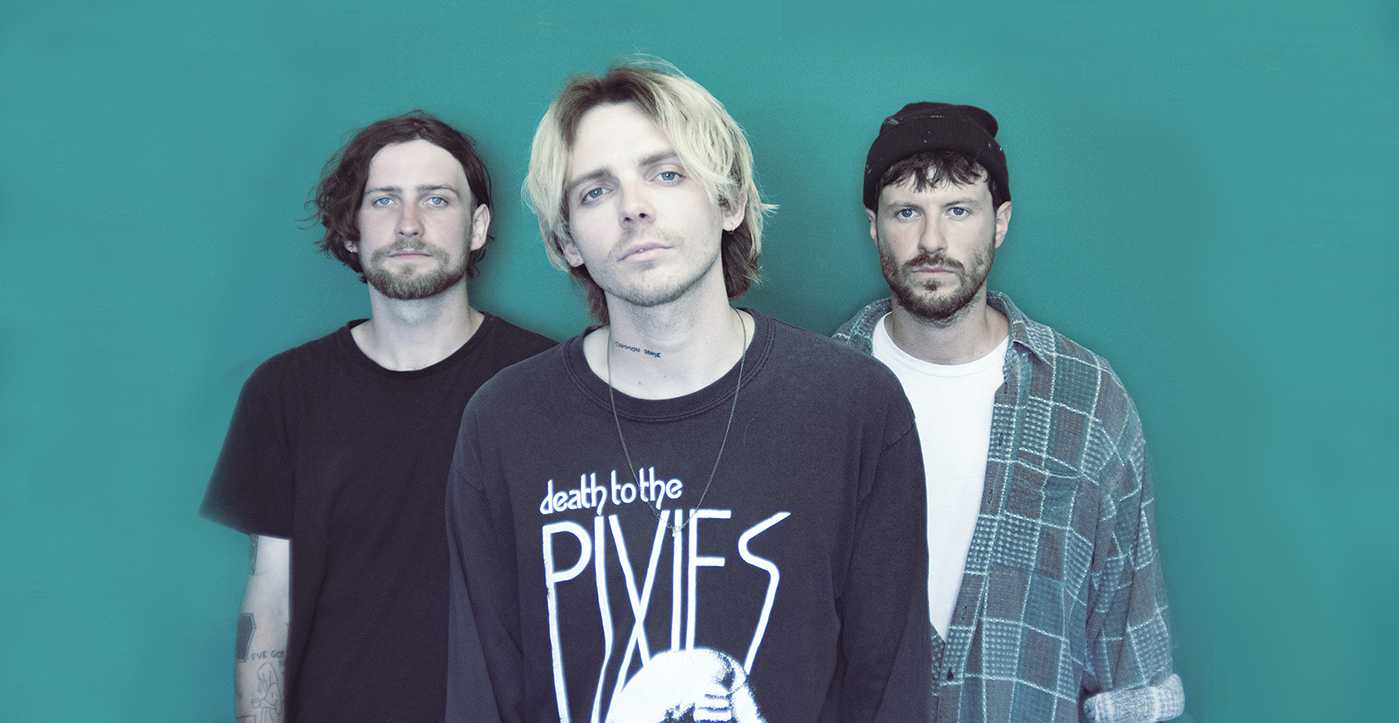 “Big old slice of riffs and choruses…What could be better?” – Kerrang!

In tough times, music can be the way through. With an expertise in fuzzy riffs, melodic heaviness, high energy and sharp lyrics, Sick Joy are not only one of British rock’s most promising young bands, they know a lot about overcoming challenges and learning to breathe again.

Even their start was a challenge to be beaten. Originally formed in Newcastle, the band soon relocated to Brighton in order to be part of a bigger music scene. That is, singer/guitarist Mykl installed a bed in the back of the band’s van and lived and slept in there.

Quickly, though, the move began to pay off. Their Amateurs EP announced them as something exciting, with some describing them as straddling the melodic genius of The Pixies and the raw energy of Slipknot. Off the back of the EP, the band received huge support from Radio 1, Kerrang! Radio and Radio X. Live, meanwhile, their shows with the likes of Feeder and Demob Happy fully demonstrated Sick Joy’s infectious vitality and power.

Their recent debut album, We’re All Gonna Fucking Die, is a roaring, fuzzy alt.rock explosion. Despite its title, it’s a record that actually leans into a great deal of joy; “For me, that title’s a positive,” says Mykl. “I realised, ‘it’s going to be over one day, man. So do whatever the fuck you’re gonna do, and have a good fucking time. And I don’t mean just get loaded and be a dick. I mean do the things you want to do. Don’t let fear decide where you’re going to go. We’re all going to fucking die. So get out and fucking kill it, man.”

Featuring contributions from Jamie Lenman and Mykl’s own stepdad (lending a touch of harmonica to Belly Aching Beast), We’re All Gonna Fucking Die takes life’s gristle and turns it into something uplifting and euphoric. Praise for the album plus recent gigs with Deaf Havana, Dinosaur Pile Up, Pixies and Pearl Jam and appearances at Reading & Leeds, 2000 Trees and others, mean it looks, fittingly, like the start of a happy chapter for Sick Joy.

“It’s a record that oozes of carefreeness and positivity, despite also talking about some very real and very raw subjects” – Rock Sound

Check out their latest single, Painkiller, below…

Returning to the Railway stage are Fuzz Pills! Having spent the last year playing shows across the country, they certainly know how to bring the energy. In the words of their vocalist Jack, the self-titled “Lord of Memes”, Fuzz pills are “here to deliver a new breed of greasy fuzzy riffs that will make you want drop kick a cat into your neighbour’s garden.” Keep your eyes peeled for some new music; rumour has it they recently recorded some new tracks at the one and only Abbey Road Studios. FFO: Rage Against The Machine, Cleopatrick, Royal Blood and Nirvana. Check out what they have been up to here!

Also hitting the stage are TOOTH, following the success of their recent debut performances across the South! Formerly “The Order of The Hour” – 3 dudes from Hampshire bringing a lot of noise and heavy riffs creating their own “Groove Rock” genre. Starting to forge their way into the Hampshire music scene, these guys are looking to take no prisoners on their quest for sweaty moshes. With previous shows at The Railway and The Stage Door and a sun-soaked set at Gabefest, these lads know how to work a crowd and get them moving. Expect big riffs, smoke and lights and…Iguanas?

This show is part of Independent Venue Week (IVW) from 30th January to 5th February 2023. IVW is the UK’s annual 7-day celebration of independent music & arts venues and those that own, run and work in them. This year, IVW will be celebrating their 10th anniversary!

Head to the IVW website for event listings of all participating venues announced for the week.