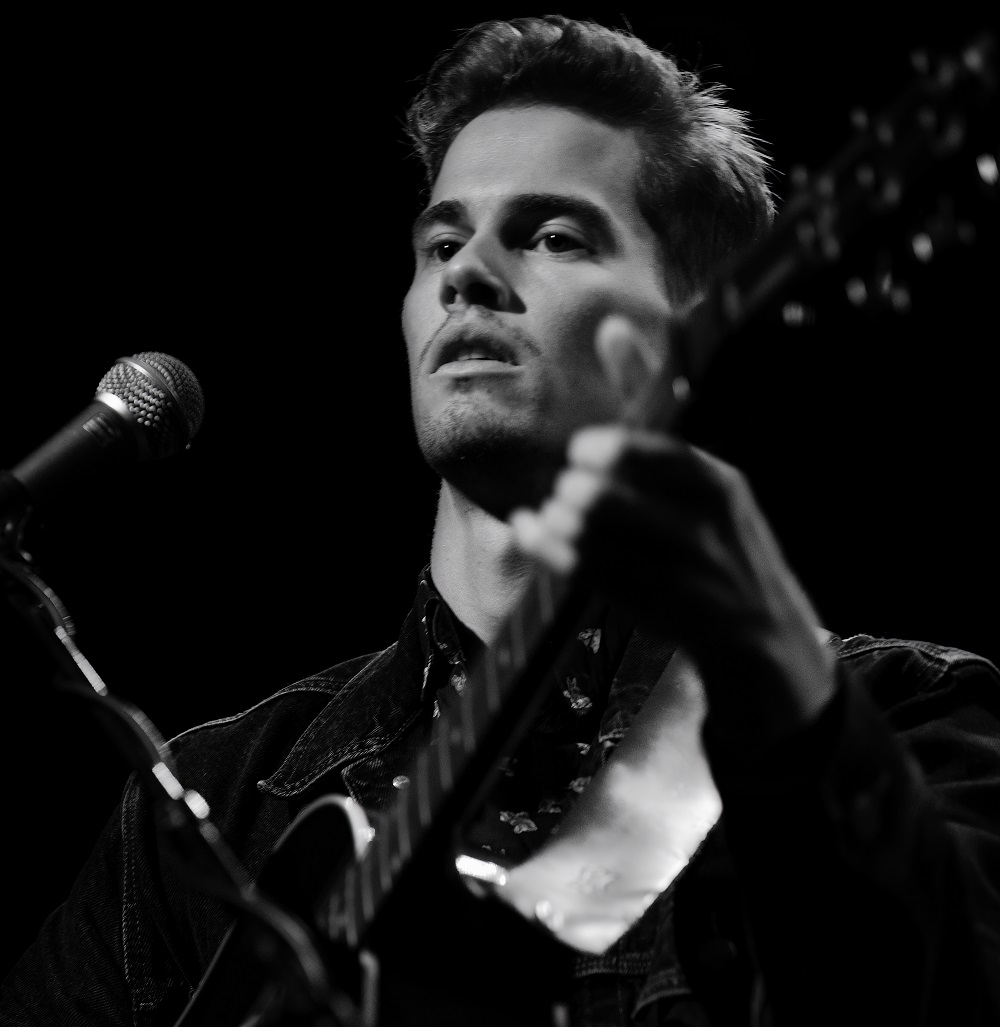 Musically,  Joe didn’t know what he was looking for until he found country music, and once he did, he never looked back… From singing along to James Taylor and Paul Simon as a child, Joe knew that he wanted to recreate that feeling for others with his own songs one day. Now, the comment he receives most from his live audience is; ‘your songs sound beyond your years’. His descriptive lyrics capture the stories of people and encounters picked up on the road. Tales of friends and strangers blend seamlessly with Joe’s own experiences into masterfully crafted songs that paint a picture with every verse and the magic of his live performance lies is in his ability to connect a room of people with the emotions of a life they have not lived.

The Lancashire born singer-songwriter is deservedly gaining attention on both sides of the Atlantic seeing him play shows around the UK, Europe and legendary venues in Nashville, Tennessee. He grew up listening to the greats and has been influenced by artists from Bob Dylan and Townes Van Zandt to Jason Isbell and Kacey Musgraves which is evident his sound and lyrical style.

Before his solo venture, Joe fronted a country band whilst living in Leeds and studying at university. The band played original songs and toured the UK opening for artists like the Shires and appearing at festivals such as Country to Country. But in more recent years Joe has found himself performing further afield in Europe and Stateside. ​

The past few years have been an experience-rich journey helping Joe refine his song writing and storytelling craft. Playing the pre-eminent Bluebird Cafe in Nashville Tennessee was a profound moment for Joe, the feeling of coming full circle, after being inspired by the show Nashville on which the Bluebird was regularly featured. Meeting and taking advice from his song writing idol John Paul White of the Civil Wars a week before his Bluebird debut was also an inspirational moment.

Other Nashville experiences include guesting on Carl Jackson’s show at the Station Inn, Carl produced and performed with Glen Campbell for years, so for Joe to sing Glen’s well-known Wichita Lineman with Carl and his band was a special moment. ​

Another of Joe’s musical idols includes producer Dave Cobb, and the artists he records, Brent Cobb, Jason Isbell, Colter Wall and Chris Stapleton to name a few. So, it was a humbling moment when he was asked to cowrite at RCA studios with one of Cobb’s writers Aaron Raitiere and given a personal tour of RCA’s “Studio A”, where musical legends from the Beach Boys to Dolly Parton to George Strait have made history.

In 2017 Joe released his debut EP ‘Small World’ to much acclaim, he then went on to released a suite of singles with the Champs of the much respected UK Americana band ‘Danny and the Champions of the World’.

Joe plans to release his next single ‘High Gravity’ in October 2022, along with a live album encompassing the last five years of his songs.