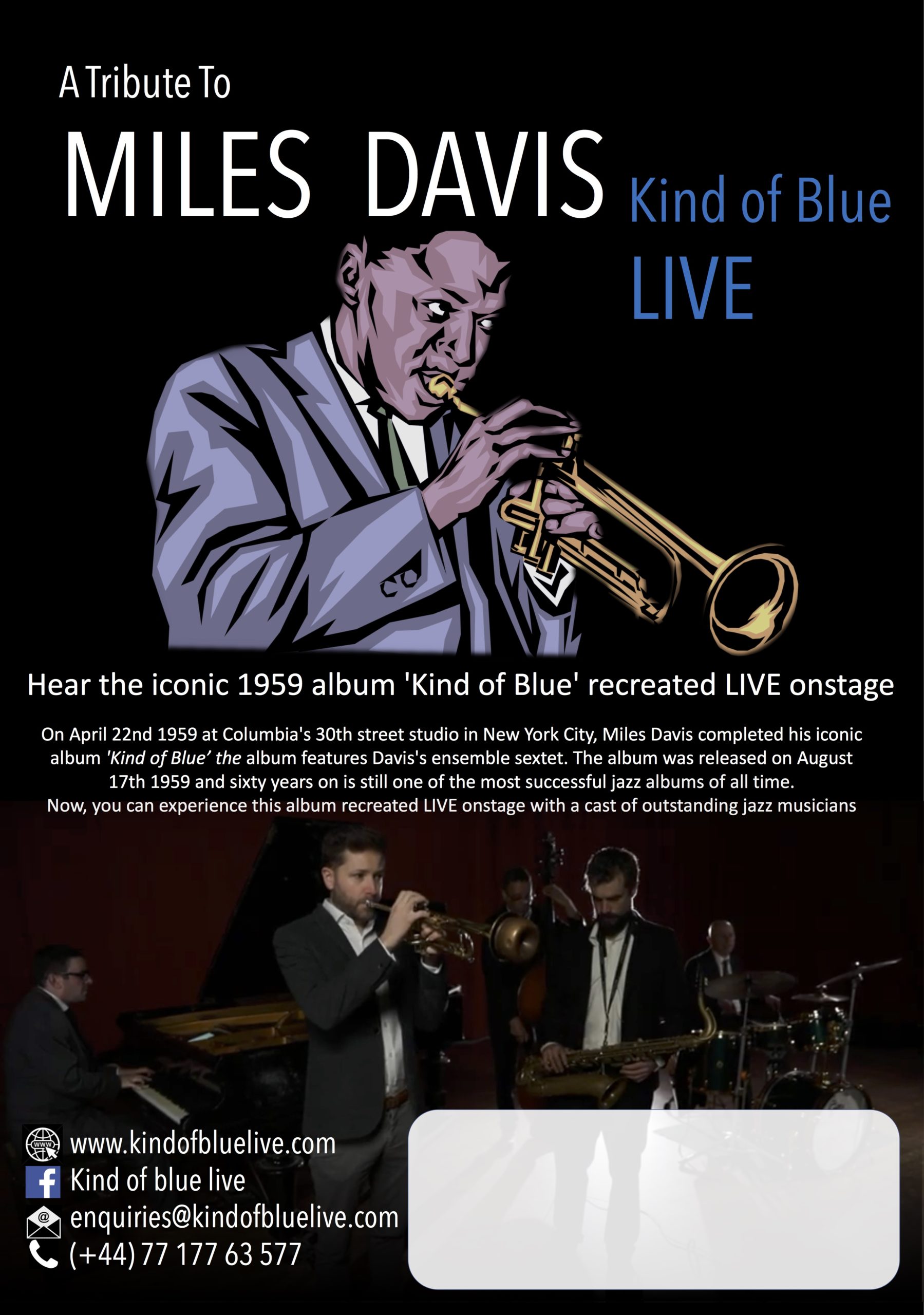 The album was released on August 17th 1959 and sixty years on is still one of the most successful jazz albums of all time.Now, you can experience this album recreated LIVE onstage with a cast of outstanding jazz musicians:   Click on the video tab to see and hear ‘Kind of Blue Live’ for yourself.