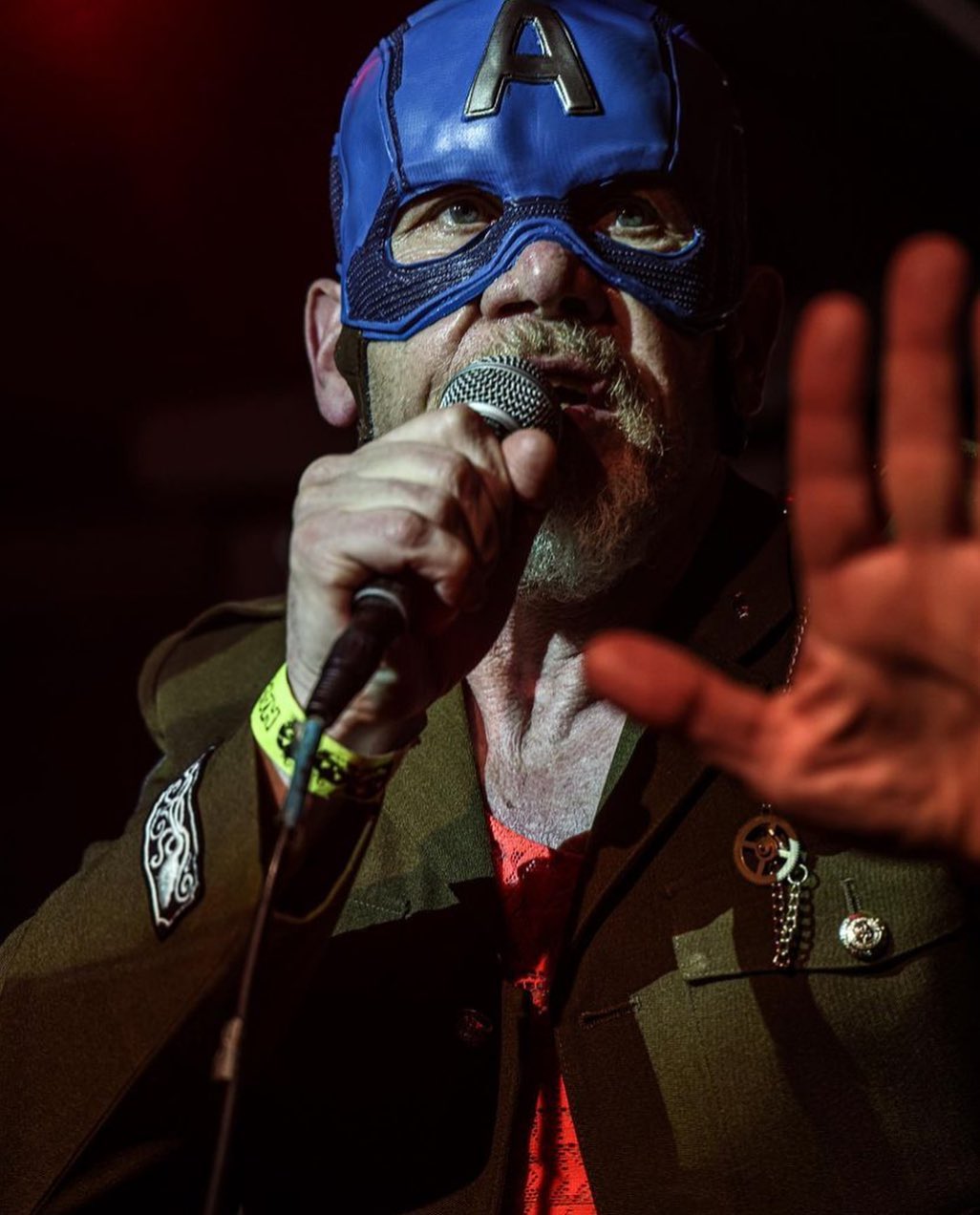 Think Brian Glover sings John Cooper Clarke and Half Man Half Biscuit and you’re somewhere near. A strange and beautiful beast of a band, led by Mik Artistik – part comedian, singer and performance artist, he draws his audience into the world of ‘little’ gloves and psychotic window cleaners.