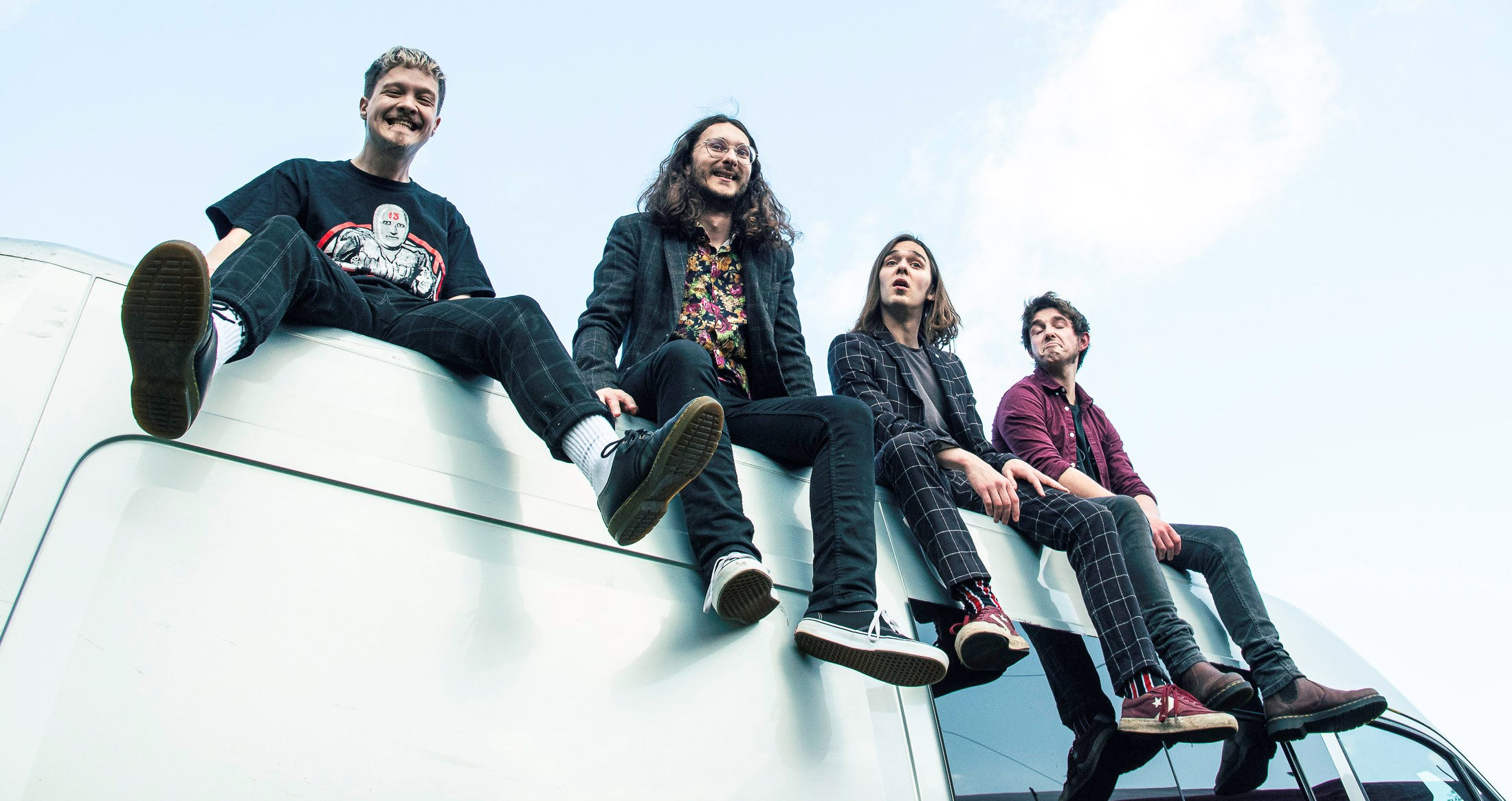 Mother Vulture are fresh off the back of a raging summer festival circuit with appearances at ArcTangent, Bloodstock, Leopalooza and Steelhouse turning heads and sparking conversations. The next question on everybody’s lips after “Who the f**k are these nutjobs!?” is “Where can I hear more?” and you won’t have to look far with a new offering “Homemaker” from the Bristol 4 piece.

Homemaker is a plain and simple love song about the people in our lives that make 4 walls a home, but it comes packaged in a pulsating and cascading behemoth of downtuned stoner rock riffs and a chorus so large it threatens to suck you in under the weight of its’ gravity. It’s a catchy and hectic anthem for punks, metalheads and rockers alike with fuzzy halftime grooves reminiscent of Tigercub or QOTSA pitted against raucous angular riffage and a four on the floor groove that Andrew WK would be proud of.

Support bands armed with riffs will be:

Hard Hitting Rock band BLOODHOUNDS as they celebrate the release of their brand new E.P. Eat Lies! BloodHounds promise to bring an exciting and fresh live show to The Railway, performing the long awaited new E.P., as well as fan favourites such as 1909, Imminent Funk and Pit of Snakes. This is a show where you can certainly expect volume, ferocity and raw energy in spades, yet, don’t be surprised to find yourself enjoying powerful ballads, hook filled melodies and ‘impossible not to dance to’ riffs! ♫♪♪

Electric milk are a hard rock band from Petersfield Formed in 2017 They spent the first two years gigging extensively all round the south coast and beyond After a year long break They are back bigger and better than ever, with a short run of gigs in the summer of 2021 and then a trip to Abbey Road to record their long awaited debut album. The next logical step was a UK tour to bring their hard-hitting riff filled rock to the whole country. Definitely a band not to miss!!!! ♫♪♪

Bristol based alt-rock band Our Nameless Boy (Beth Shalom Records) bring their own brand of raucous energy to their performances, with songs that are hard hitting and subtle in their intricacies. The debut album, “Colour From the Doves” (2021, Beth Shalom Records), is a sincere and difficult reflection on a year that songwriter Iain spent recovering from a life threatening disease. Much like the subject matter, ‘CFTD’ is unpredictable in its delivery, with a purposefully scattered narrative and sonics that will at times haunt and at others overwhelm. ♫♪♪

Dulcet Thing are a 4 piece alternative band who study at the University of Winchester. They are a band influenced by Black Peaks, Reuben, Deftones and Can’t Swim.