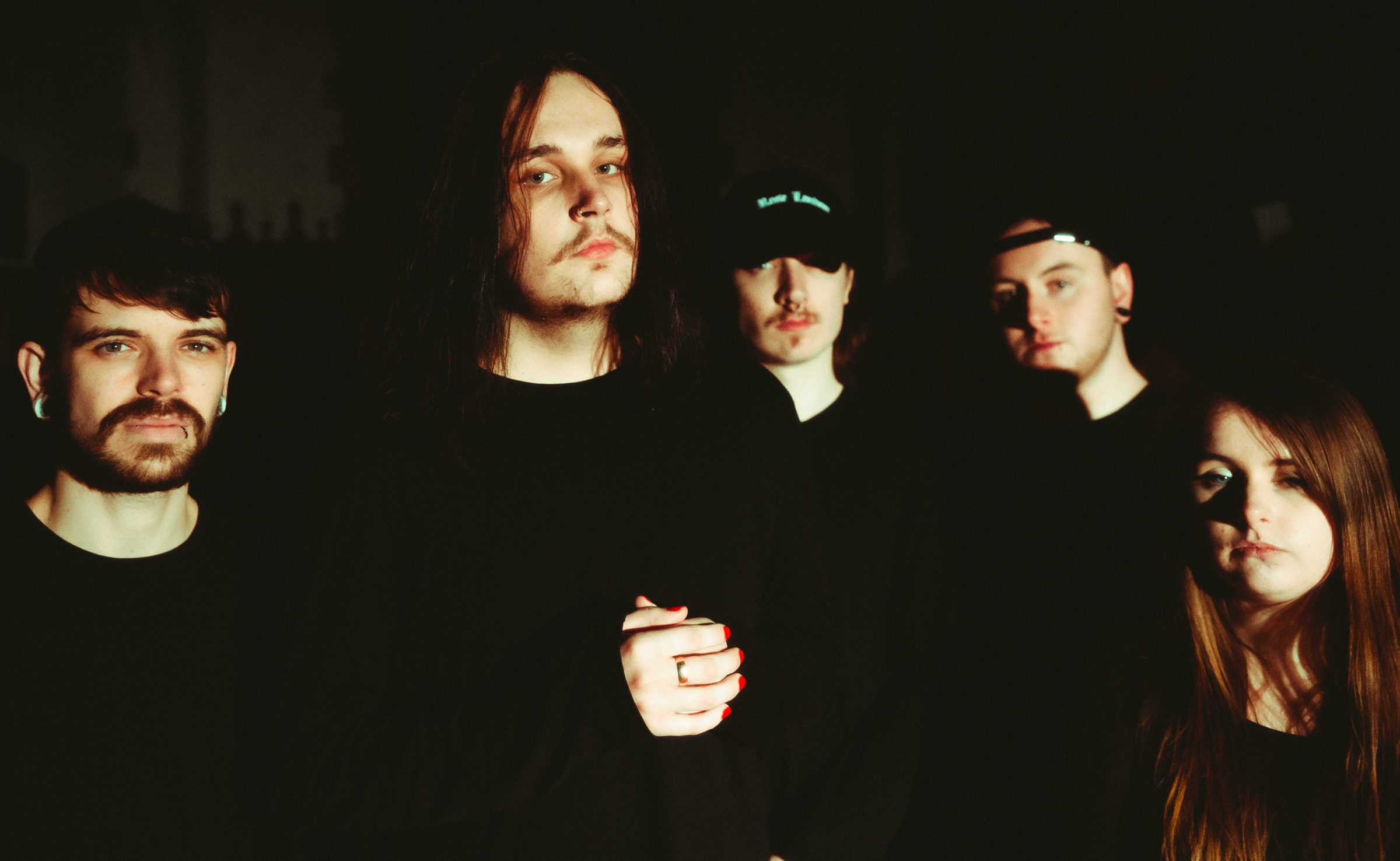 Formed by brother and sister Dec and Davina Naylor, UK based 5 piece Octopus Montage fuse energetic Pop-Punk anthems with intense Metalcore to bring a whole new meaning to Easycore. The band emerged in late 2017 releasing a cover of Simple Plan’s ‘What’s New Scooby Doo?’ as a halloween joke of which has gone on to earn them over 13 million Spotify streams on the song alone. This prompted the band to release their first feature length effort in 2019 in the shape of ‘Reborn (…Again),’ an 8 track EP.

Following a line up change that saw Alex Jennings take over screaming duties and Cain Dylan take over the reigns behind the drum kit, the band toured regionally throughout the rest of the year playing alongside the likes of ROAM, Crazy Town, Mallory Knox, SHVPES and InVisions before releasing the ‘Catharsis’ EP in late 2019 comprising of their summer single ‘Now I’m Gone’, a Pop-Goes-Punk cover of Post Malone’s ‘Goodbyes’ and a handful of their old songs reworked with the new band members.

In the remaining months of 2019 and early 2020 the band began writing and recording their debut album ‘How To Live & How To Lose’ (Released 02/04/21) with a focus on highly confessional lyrics, bouncy Pop-Punk rhythms and breathtaking Deathcore-esque breakdowns. The band were subsequently featured on the cover of the ‘New Metal Tracks’ Editorial Playlist and received critical acclaim from the likes of AltPress, Loudwire’s Weekly Wire and Knotfest amongst countless other publications. ♫♪♪

Also providing the brutal riffs and pop punk energy on the night will be:

Days In Wake sail across multiple genres in their scene combining the brutal aggressive power of rhythmic modern metalcore with the sleek addictive potency of melodic post hardcore blended with a haunting bittersweet ambience that delivers a unique sonic footprint. In 2021 the band fully recorded their first song “Sleeptalk” alongside a second single entitled “Blank Canvas” which set the blue prints for the band’s sound and was met with acclaim across the scene: “Days In Wake are a fresh take on the metalcore genre with the perfect blend of vocals, riffs and songwriting to take them to the top of the scene” (Kriss XI). ♫♪♪

Slackrr are easily one of the most talked about bands in the UK underground circuit right now. Hailing from Southampton, the band has only been active for just 4 years and in that time, they have taken some giant leaps forward in becoming a well-known and widely loved name across the UK underground punk and rock scene. In this short space of time, Slackrr have been touring and playing over 300 shows and festivals across the UK with positive feedback coming out of their ears. Their single, ‘Playing With Fire’ which premiered at New Noise Magazine, achieved airplay on Kerrang! Radio Fresh Blood, which led to them being featured artist of the week on Kerrang!, and their single, ‘Waves’ received praise from Rock Sound Magazine, recent single “We Are” achieved high praise from Kerrang! unleashed and the track ‘The Current’ is featured in Deficit Games’ brand new game, VR SKATER, currently available on Steam Early Access. ♫♪♪

The Colour Blind Monks are an Alt Rock 5 piece based in Surrey. Inspired by Alice In Chains, Nirvana and The Smashing Pumpkins, led by female vocalist Phoebe, Guitarists Alex (Phoebe’s brother), and Charlie, Bassist Joe and Drummer Jake. Together combining distorted riffs that could be straight out of the 90s, with the angelic lyricism of vocalist Phoebe. Make sure to wear earplugs for this act. ♫♪♪