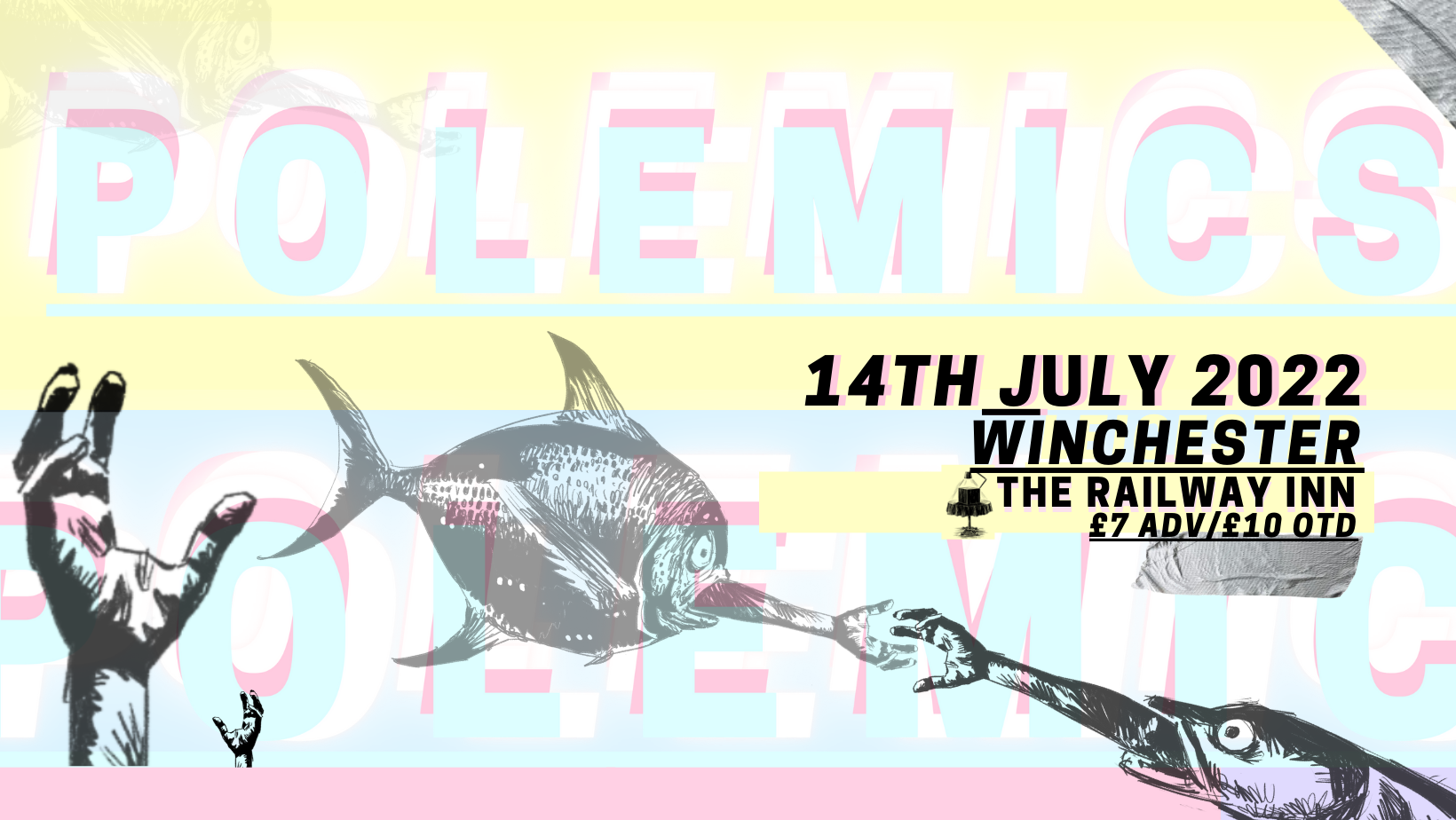 Polemics create uniquely heavy noise for fans on the fringes of any punk or metal movement, originating from Bristol, UK.

Hailing from Bristol, UK, Polemics are Nathan Smith and Jeff Ingle (Yo No Se), school friends united by a  passion for heavy music. They officially formed in 2019 and after a series of ferocious live shows they  established themselves as an exciting emerging fixture of the Bristol live scene. Bassist Rafael Martins  (ex-CHANG) was enlisted in 2021 to complete the line-up. Polemics deftly combine their natural edge, attitude and fury with skilled musicianship and bombastic  drums. The elements of hardcore and intense vocals are matched with songwriting, chunky riffs and a  pop sensibility that evokes Blur on PCP. They are naming Shellac and Turnstile as big influences whereas  blogs and fans are calling comparisons with IDLES, Fugazi and Primus.

Providing the punk based anthems of support will be:

Maxwell are an emo band from Southampton signed to Ol’ Boat Records. Formed in the midst of COVID lockdowns, from the ashes of other Southampton bands, Maxwell are finally able to take to the road in support of a string of singles released within the past year. Taking influence from Foxing, Jeff Rosenstock and alternative 90s bands such as Pavement and Pixies, the 4-piece bring reverb soaked riffs and huge choruses. ♫♪♪

End On End: Chichester based 4 piece featuring members of Blood Buzzards and former members of From A Twisted Mind, formed in 2022. ♫♪♪

The Targets: A 3 piece band specialising in high energy live performances of Punk and Garage Rock. The band focuses on pure Rock and Roll they have been described as “keeping the flame alive” as they create the energy of Garage Rock from the 60s and Punk from the 70s but add a new modern exciting flare to it. Vocalist and guitarist Kaedan Swin fronts the band along with James Gatt on bass and Reece Molloy on drums all 3 members being 19 years of age. Their influences bands such as The Stooges, MC5, The Clash and The Jam plus many more this results in their raw punk attitude and intensity when performing. ♫♪♪