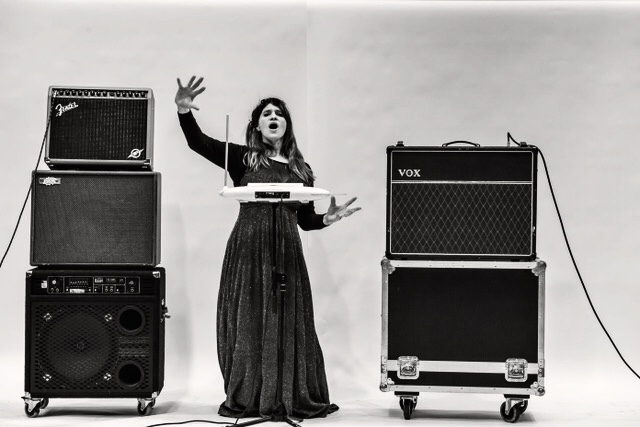 The Dark Ages followed their debut album, Muhzik, released in 2014 and two EPs, When The Light Changes (2014) and Ascending Summer (2015). Provincials are the combined talents of singer Polly Perry, formerly of Polly & the Billets Doux, guitarist Seb Hunter and drummer & pianist Steve Gibson, who is also a member of modern classical collective Gerauschhersteller. Seb is also known as an author, having published the acclaimed international cult bestseller Hell Bent for Leather in 2005.

Provincials have performed across the UK, including at the Purcell Room in London’s South Bank Centre, as well as Ronnie Scott’s and the Glastonbury Festival. They have been regularly played on BBC Radio 2, BBC Radio 6Music, BBC Radio 3’s Late Junction, Resonance FM and the Arts Desk. Provincials also made a silent black-and-white medieval road movie Dark is a Long Way, which they released during lockdown. Heaven Protect Us was recorded during partial lockdown with Dan Parkinson at Wooden Heart Studios in Andover, Hampshire. Their back catalogue is available of Spotify, Apple Music and all other streaming platforms.