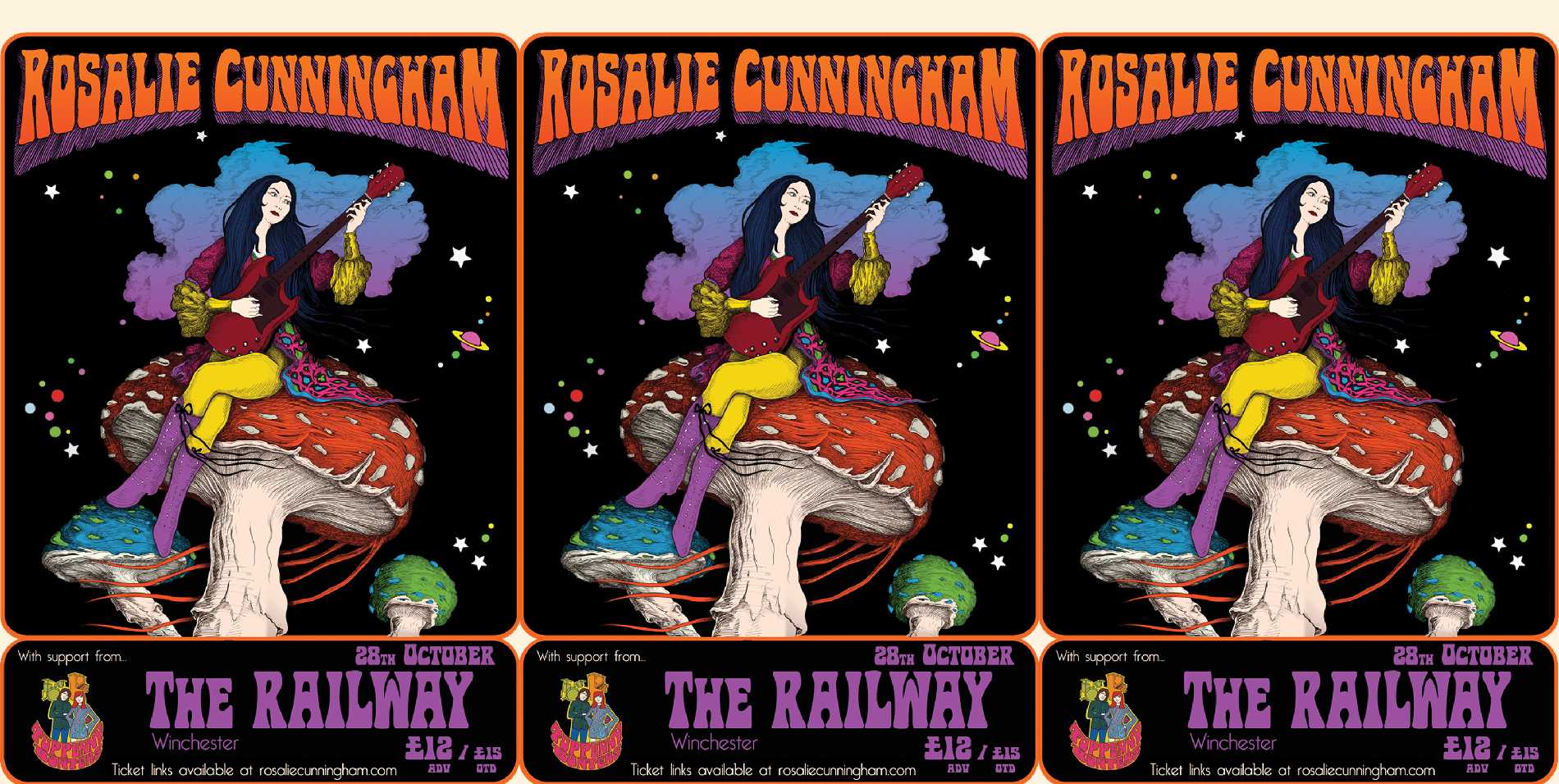 ‘If Kate Bush had a baby with The Beatles it would have been Rosalie Cunningham.’ – Classic Rock Magazine

The Queen of Psychedelic Prog and her superb band are back out on the road! Picking up where they left off when they were rudely interrupted by a certain pandemic, they’ll be touring the UK in September and October playing songs from her 2019 self-titled album, some choice Purson cuts and a selection of material from the upcoming second solo album.‘Rosalie’s fans are more than used to her multi-instrumental brilliance and sublime imagination by now, but newcomers should definitely strap themselves in for a mind-blowing trip and an unforgettable introduction to one of our most delirious talents.’ – Prog Magazine

‘There is something wonderfully dramatic and theatrical about Rosalie Cunningham’s debut solo album.’ – Daily Express‘