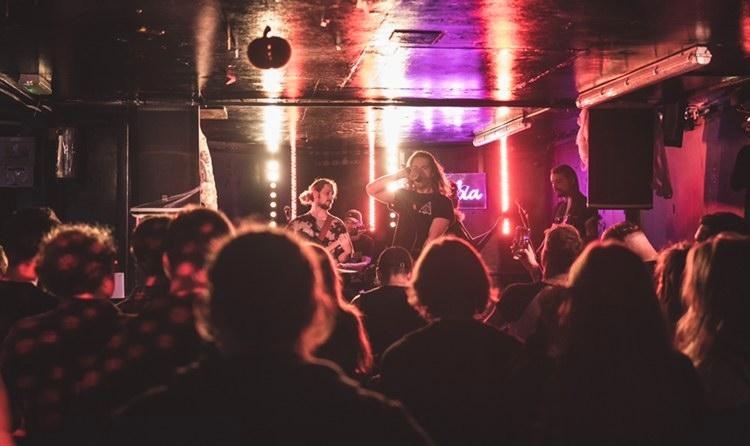 DUE TO NEW GOVERNMENT RESTRICTIONS YOU WILL HAVE TO PROVIDE EITHER PROOF OF VACCINATION STATUS OR A NEGATIVE LATERAL FLOW TEST TO GAIN ENTRY TO THIS SHOW.

As this show will run past 1am on Friday with the club night finishing at 2am we will have to comply with the new government restrictions relating to all venues open past 1am. This means to gain entry to the show you will have to provide proof of your vaccination status (available in the NHS app) or a negative lateral flow test to be allowed to enter the show.

Seething Akira Can no longer make this show, they will return in the new year.

Days In Wake sail across multiple genres in their scene combining the brutal aggressive power of rhythmic modern metalcore with the sleek addictive potency of melodic post hardcore blended with a haunting bittersweet ambience that delivers a unique sonic footprint. In 2021 the band fully recorded their first song “Sleeptalk” alongside a second single entitled “Blank Canvas” which set the blue prints for the band’s sound and was met with acclaim across the scene: “Days In Wake are a fresh take on the metalcore genre with the perfect blend of vocals, riffs and songwriting to take them to the top of the scene” (Kriss XI).

Supporting them will be: Buds. are an alternative punk rock band from Basingstoke UK made up of veterans of their fallen music scene. Their music consists of big singalong hooks powered by distorted guitars and punk rock energy.

Also on this night will be the Apocalypse Winchester club night.

Here’s what Apocalypse is about: Music from when Dave Grohl was still in Nirvana, Pokemon was essential afternoon viewing, and when teaching your Furby to swear was the highlight of your afternoon, Apocalypse brings you the anthemic songs from your teenage years, your guilty pleasures to scream along to, and the most danceable moshable songs around. We’ll play all the songs you want to hear but ALSO those wonderful hidden gems, hilariously awful mash ups, and remixes that just don’t get the air time they deserve! Our DJ’s will also slip in a few of those pre-90’s songs you can’t help but air guitar along to… as well as a few geeky tributes.