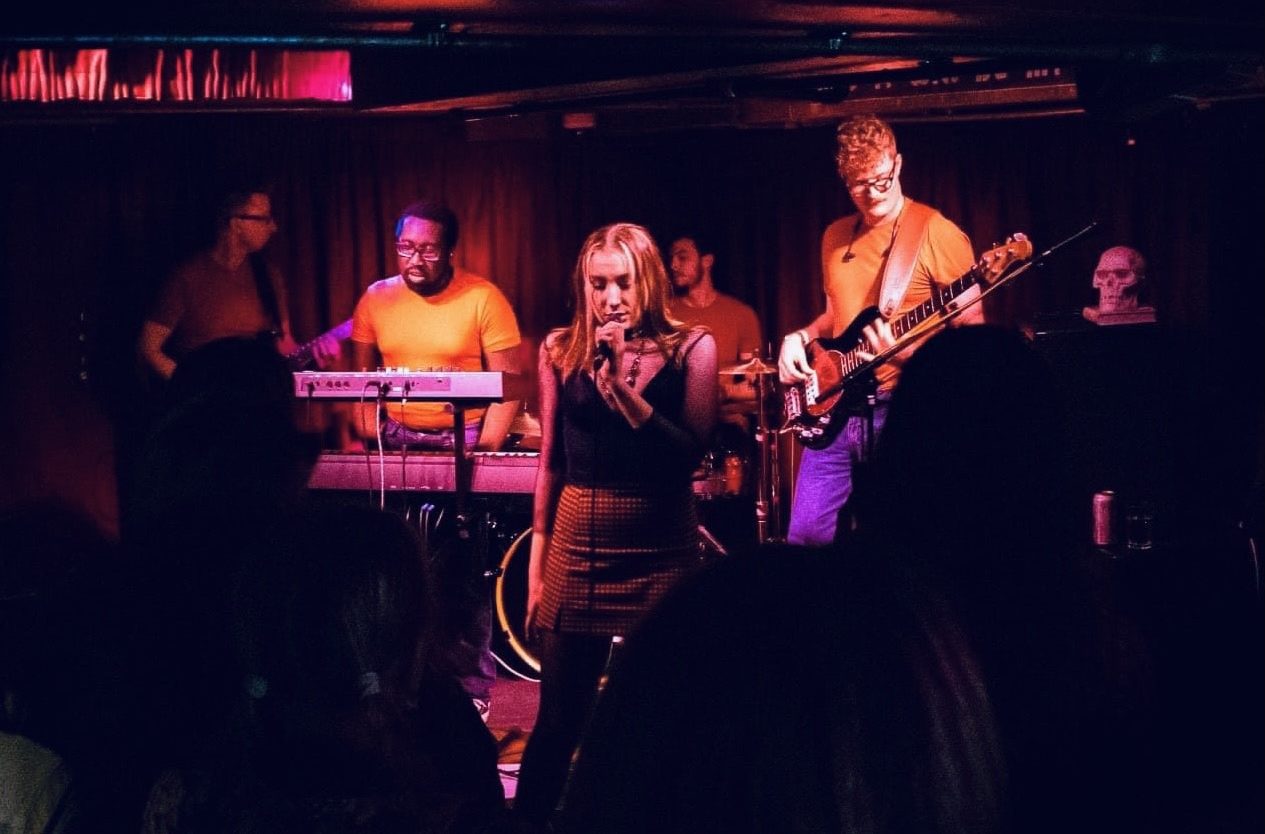 Maple Sky are an RnB/Soul collective with songs featuring emotive lyrical concepts paired with intricate orchestration. Their latest release is “Free Her”, a driving song based on the themes of leaving an abusive relationship, and seeing the brighter days ahead of the current darkness. This song was released on 22nd Oct, and was received very well, with multiple radio stations playing it, including BBC introducing and Amazing Radio. ♫♪♪

Also providing the soothing and groovy tunes on the night will be:

Alice Milburn and her band create jazz infused soul tracks as well as throwing in a few funky re arrangements. They are a tight unit that will never fail to get you on your feet. ♫♪♪

Sam Bishop is a singer/songwriter, whose original material combines glossy ’80s synth textures and arena-friendly choruses into dramatic yet honest songs such as his recent single “Fallen Sky” which has to date garnered over 25,000 streams on Spotify. “Sam’s defining style speaks volumes to younger generations, by carving a distinctive sound with every new track” said Devizine.  Sam has been writing music since the age of 17, but only when he performed at a school concert did he have the courage to start recording and releasing music. He has since been featured on BBC Wiltshire and Fantasy Radio as well as on multiple Spotify curated playlists, and has played on multiple stages and festivals up and down the UK, including the O2 Academy Bournemouth, The Fleece in Bristol, and Hat Fair in Winchester. ♫♪♪

No Liability: 5 piece band performing a range of jazz style music from previous eras to contemporary!