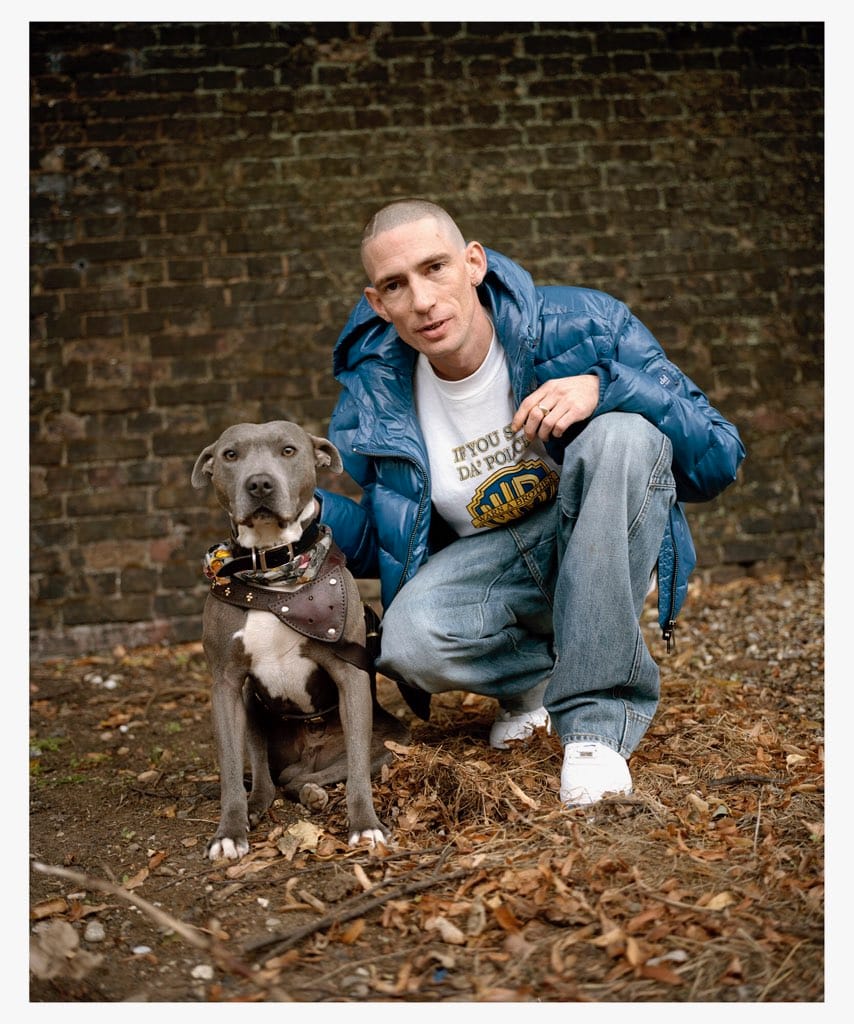 Born Alex Holland in Leeds, Skinnyman is one of the few British emcees that needs almost no introduction. Moving as a kid to Finsbury Park, North London, Skinny found a melting pot of cultures suddenly on his doorstep and immersed himself in the musical culture of reggae and dancehall. Highly influenced by Leroy, Chas and fast tongue-talking Papa San, he was introduced to rap at a very early age. While watching the first rappers such as Electro Ascension, Wiggy Wiggy, Grandmaster, Melle Mel and Furious Five, he immediately realized he had been built for that.

When he was about 7, he had to do a school play and decided to write his own script for his part. He built himself a Rubik”s cube, put on a Rubik”s cube costume and did a rap about the Rubik”s cube and the mathematical structures of it. That was the first time he was onstage doing a rap.

Thank to his distinctive voice, Skinny easily progressed through open mic battles and consistently won titles around London. After becoming a founding member of The Bury Crew, in the early 90”s skinnyman moved on to establish by himself the seminal Mud Family alongside Mongo and Chester P with whom he released lots of EPs. These included the underground hits “Itchy Town” and “Lash Suttin”, a reworking of Redman”s “Smash Something”. One of the best Hip Hop crews in England whether on vinyl, on stage freestyling or battling other MCs, the Mud Fam expanded with new members joining and Chester P splitting to form Task Force with his brother Farma G.

Shortly after, Skinny signed a deal with Talkin” Loud and completed a handful of album tracks whilst at the label. However, before the album was finished Skinny was sent to jail for 9 months for distribution of marijuana. Naturally talented for rapping and writing lyrics, his reputation has grown even bigger for being in trouble with the police, since Skinny believes in the good of marijuana and is an active promoter of its use.

While he was inside, Talkin Loud was shut down by its parent company, freeing skinnyman from his contract. After the period of incarceration, released his masterful solo debut album, “Council Estate of Mind”, with a deal via Low Life Records in 2004. Well received by fans and critics as the highest new entry in the UK”s charts on the week of its release, heavily autobiographical and socially analytical, the album makes much use of samples from “Made in Britain”, a British film from the early 80s.

Since the album”s release, skinnyman received considerable attention from UK hip hop radio and press, had the opportunity to work with grime artists such as Wiley and Shystie and supported The Streets at Brixton Academy. He even won in a rapping contest in London”s Subterranea against Eminem.

In 2004, he was featured in “Tower Block Dreams”, a BBC documentary. In 2005, he played a small part in the interactive TV series “Dubplate Drama” and released two singles, “Forever Rangers” and “Holla/None Of Them”.

On July 6, 2006 skinnyman played live on the night of DMC DJ Championship 2006 UK Final and Battle for UK Supremacy at The Hammersmith Palais. Few days after, he released the expected “DMC”s fifth Champion Sounds” album, the series that in the past has featured Roc Raida, the Mixologists, DJ Skully and Plus One.