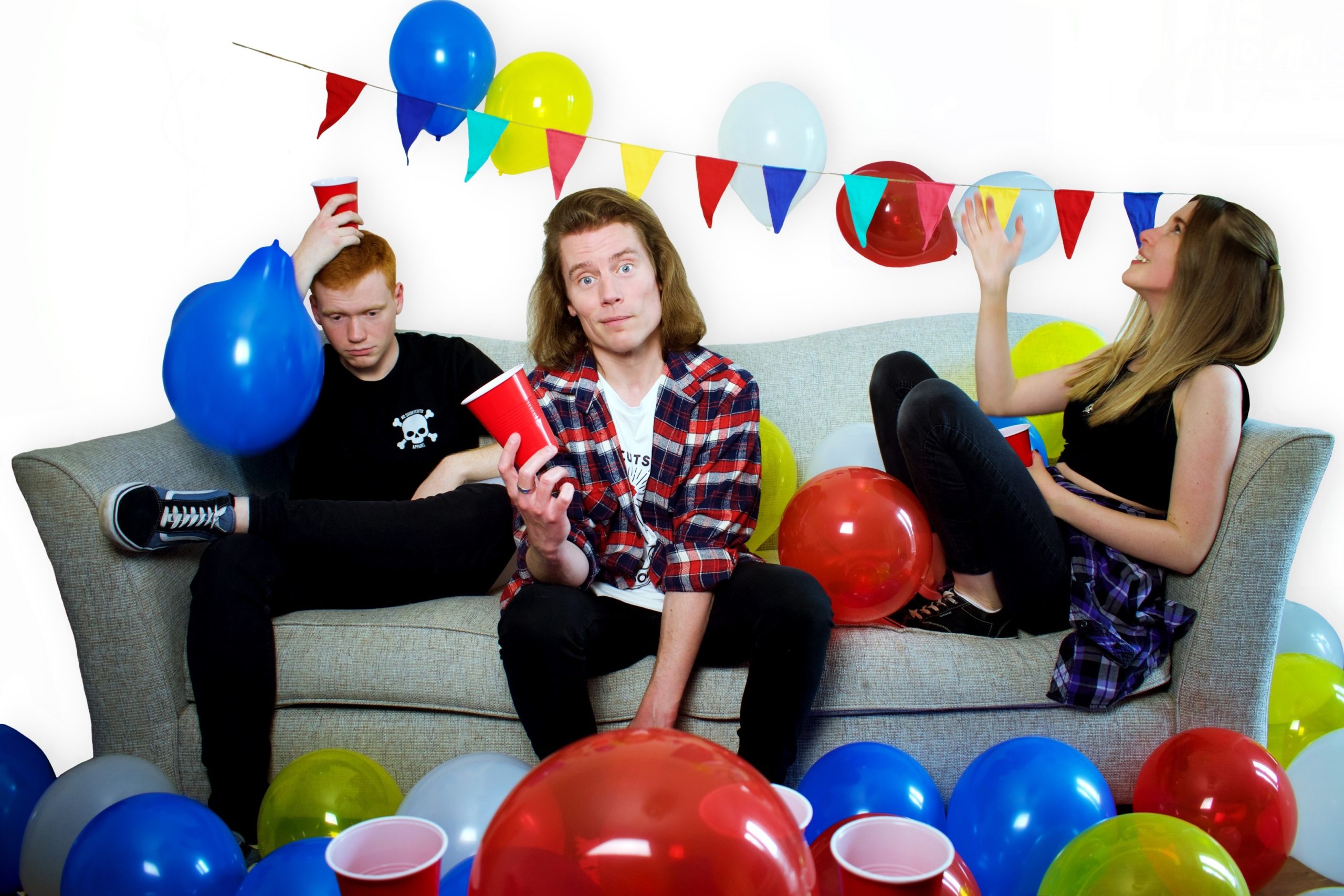 Celebrating them going from strength to strength, The Railway is proud to host Slackrr's 500th show of their career!

Slackrr are easily one of the most talked-about bands in the UK underground circuit right now. Hailing from Southampton, the band has only been active for just 4 years and in that time, they have taken some giant leaps forward in becoming a well-known and widely-loved name across the UK punk and rock scene. Slackrr’s debut single ‘Closestto Perfect’ was first aired on BBC Introducing in 2018, and since then the band have toured endlessly around the UK, playing over 470 shows and festivals in this short space of time with positive feedback coming out their ears.

Slackrr released their first ever EP ‘I Know’ back at the start of 2019, which was limited to just 200 copies only and hand-signed to make them extra special. The EPs sold out on their online store in just 48 hours with a handful left exclusively for sale at their shows.

In 2019, the band were asked to play at the legendary Isle of Wight Festival as headliners on their stage on the Friday night. Due to the hugely positive reception to their live performance the band were invited back to the main arena of Isle Of Wight Festival 2021, and again in 2022. Their self-released official studio debut album ‘Time, It Waits For No One,’ was also released on the same day. The album received an incredible reaction from fans and reviewers alike, and in July of 2019, their single ‘Nerve’ reached No.1 in the Radio Indie Alliance charts, and remained in the UK Top 10 and Global Top50 for over two weeks. With appearances on BBC Introducing, BBC Live Sessions, and with an array of positive reviews from a multitude of BBC Radio Shows across the country including multiple appearances on BBC Radio Kent & BBC Introducing, the band receive incredible praise and continued support from Voice FM, The Mike James Rock Show, Glastonbury FM, TotalRock Radio, The Rock Goddess Radio Show, Rock Rage Radio, and Hard Rock Hell Radio.

For the release of their second full-length record in March 2022, the band signed with Lost Music Collective, run by Vinnie Fiorello (Drummer/Lyricist for Less Than Jake, and founder of Fueled By Ramen Records: Jimmy Eat World, Fall Out Boy, Paramore and Panic! At The Disco) The album ‘A Place That Feels Like Home’ received an incredibly positive reaction from fans and reviewers alike, with high praise from Kerrang! Radio, Rock Sound, BBC and the single ‘Playing With Fire,’ which premiered in New Noise Magazine, achieved airplay on Kerrang! Radio Fresh Blood, which led to them being featured artist of the week for 3 consecutive weeks. Their single, ‘Waves’ received praise from Rock Sound Magazine, ‘We Are’ achieved high praise from Kerrang! Unleashed and the track ‘The Current’ is featured in Deficit Games’ brand new game, VRSKATER, currently available onSteam Early Access. Gaining coverage from the likes of Rock Sound, Kerrang! Radio, BBC, NewNoise, Punk News, TotalRockRadio, Brooklyn Vegan, IdobiRadio, and so many more. Singles‘Reflections,’ ‘The Current’ and‘Waves’ reached No.1 in Australia’s Indie Charts, and reached the top 30in the Global Top 50. The lead single ‘Home’ which was released on the same day as the album, achieved prime time airplay on Kerrang! Radio. ♫♪♪

Providing the anthems of support beforehand will be:

Maxwell are an emo/punk band from Southampton, UK. ♫♪♪

Busking For Misfits are a power trio formed of Josh on guitar and vocals, Luke on drums and vocals and Olly on Bass and vocals. Formed in 2019 with Josh and Olly in university, the band released a self titles debut EP along with more singles to come after that; they began gigging in venues around London and Portsmouth such as Edge of the Wedge, 02 Islington, 93 Feet East and other such great venues.The band, like many others, were forced in to a small break over the pandemic. However, this didn’t stop them from working on new ideas through this time ending the period with a new release, Over The Edge. When the world opened up again they found a new drummer in Luke Holmes and hit the town, getting straight back into the gigging scene in Portsmouth, London and the surrounding areas. This time was a great time for writing within the band, constantly coming up with riffs lyrics and new ideas culminating in them recording two further singles themselves. The first of which “Pressure“, aims to give the public a taste of what’s to come from this energetic three piece. ♫♪♪