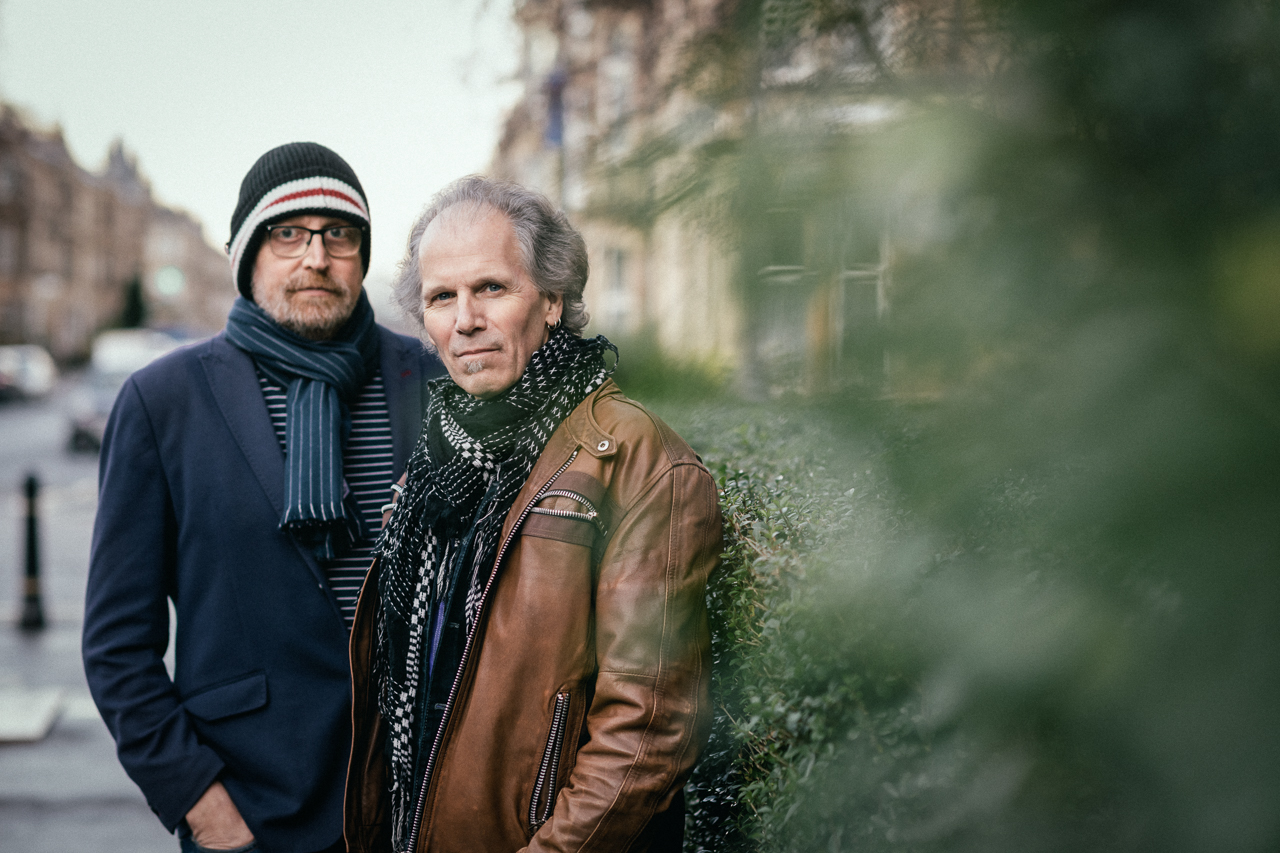 State of the Union, create a magical, stripped back and enthralling musical atmosphere with two guitars and two voices.

Boo Hewerdine and Brooks Williams aka State of the Union, create a magical, stripped back and enthralling musical atmosphere with two guitars and two voices. Their performances are consistently brilliant, equal parts emotive and entertaining.

The two formed their collaboration in 2011 and created two albums in rapid succession, State of the Union and Snake Oil. Subsequent tours took them around the UK, to Ireland and Portugal, including a 14-date stint playing theatres with Eddi Reader and an appearance on The Andrew Marr Show (BBC 1), plus 4-star reviews in Q and R2.

The songs State of the Union create are equal parts wit, whimsy and pathos. Both have an impeccable sense of rhythm and melodic beauty. Their sound is huge, two guitars and two voices exceeding the sum of the parts. They interweave melodies and harmonies, nimble picking and full-tilt chording. It’s rich and expertly executed. And both love the craft of writing.

State of the Union is now working on it fourth album to be released early in 2023 on Reveal Records.

Boo Hewerdine is perhaps best known from his years fronting much loved English rock band The Bible but he has since enjoyed a solo career spanning over two decades and written thousands of published songs including those for Eddi Reader, Sia, Chris Difford, Kris Drever and KD Lang. His most recent album “Understudy” came out in Summer 2022.

Brooks Williams is an Americana singer-songwriter-guitarist based in the UK, in 2020 he celebrated 30 years touring and recording with tours in both the USA and the UK, as well as collaborations with Rab Noakes, Sloan Wainwright and Hans Theessink. His new album with Dan Walsh “Fortune by Design,” was released in Summer 2022 alongside his new album with Aaron Catlow “Ready for the Times”.