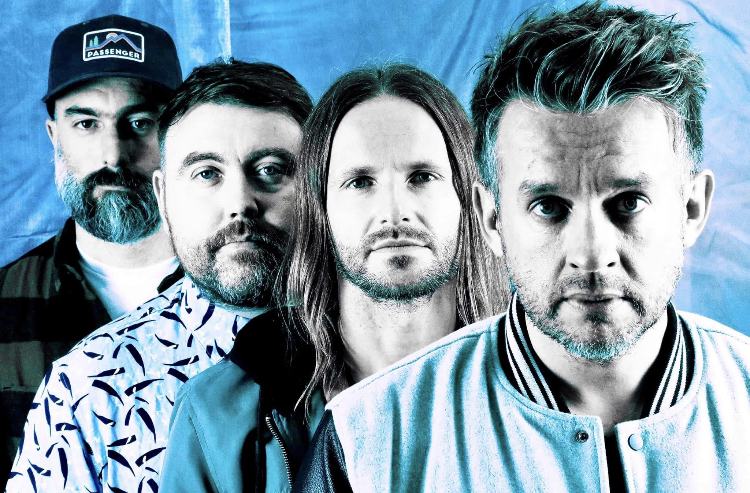 With a contemporary sound, described as ‘Pet Shop Boys meets The 1975’, the quartet have continued to release music, accumulating 200,000 streams and being added to over 700 Spotify playlists…

Recently signed to London based Regent Street Records, Talk In Code have played many festivals and opened for the likes of Years & Years, Embrace, Howard Jones, Catfish & The Bottlemen, The Feeling, My Life Story, Jesus Jones, Cast, Toploader, Scouting for Girls and 10cc – an eclectic mix!

September 2022 saw the release of their third album, “The Big Screen” – following single releases, “Illogical” and the albums title track, on Regent Street Records earlier this year. With 80’s flavoured vibes, expect buckets of energy, soaring choruses and much danceability!

Providing the tunes beforehand will be

PARAFFIN are Tyler Adams and Tom Chapman on guitar, Tim Beavis on bass, Jake Saunders on drums and frontman Billy Tee. Whilst the bands formative singles achieved moderate success, the band are back with a vengeance following lockdown in 2020, with singles Mean and Call Me Over. They have previously sold out headline shows at the likes of The Wedgwood Rooms in Portsmouth and The Joiners in Southampton.

Early singles Flick the Switch and Make You Stay have clocked up over 100,000 streams apiece following their release, and have achieved airplay from notable radio stations across the UK, as well as top level football clubs on matchday (Derby County, Luton Town, Portsmouth).

PARAFFIN gigs are renowned for their rowdy atmosphere, and in many cases capacity has been raised due to fears of overcrowding. Bigger and better live shows than ever before have followed in 2022, as well as notable support slots alongside Hallan and Pioneers. ♫♪♪