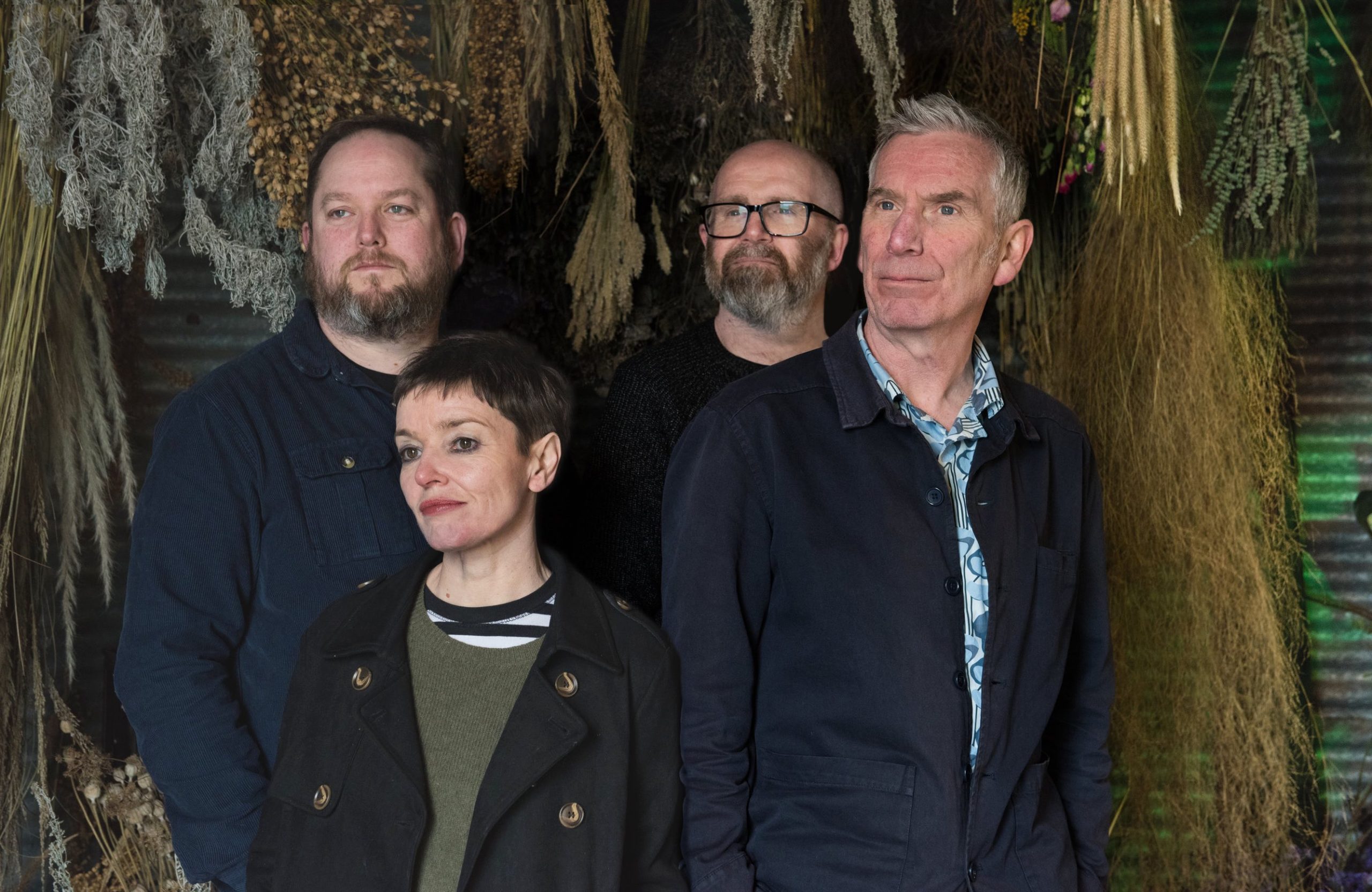 38 years since they formed in Yeovil, Somerset, C-86 guitar pop legends, The Chesterfields, are back with a new single ‘Our Songbird Has Gone’, followed by a new album ’New Modern Homes’ in September.

The Chesterfields came to prominence in 1986 as part of a thriving UK underground ‘independent’ scene that turned its back on bland over-produced 1980s chart music in favour of back to basics guitar pop music. Bands, independent record labels, gig promoters and fanzine editors were making their own entertainment, with The June Brides, The Wedding Present, Primal Scream, The Loft and the Chesterfields leading the way, ably supported by Radio One’s John Peel and Janice Long.

The Chesterfields released 4 albums – their debut, ‘Kettle’ reaching number 2 in the independent charts. Their 5 singles included the anthemic ‘Ask Johnny Dee’, which reached number 3 in the charts and propelled the band on a series of successful UK and European tours before they split in 1989.

The band reformed in 1993 to tour Japan and release a fourth album, and were then persuaded to return to action again and headline the prestigious New York Pop Fest in 2016. Following a successful UK tour in 2019, last year saw the band write and record a new album with award-winning producer John Parish (PJ Harvey, Dry Cleaning, Eels, This Is The Kit) mixing the record at his Bristol studio.

New single ‘Our Songbird Has Gone’ – an homage to the cream of mid-80s indie guitar bands – is released on 15 July, followed by the new album ’New Modern Homes’ in September 2022, both on German label Mr Mellow’s Music. ♫♪♪

Writing songs that weave introspective lyrics with dynamic soundscapes, Dead Authors explore the human experience through the medium of music, each track a new story in their sonic anthology. Performing an ever expanding repertoire – featuring everything from angsty pop-punk anthems, life-affirming folk-rock, melancholic acoustic ballads and tempestuous progressive epics – blending vocal harmonies and instrumental changes to create songs that, while diverse in style, all have Dead Authors’ unique character. Each show is like an engaging novel, a story journeying through crushing lows and glorious highs. You’ll leave yearning for a sequel. ♫♪♪