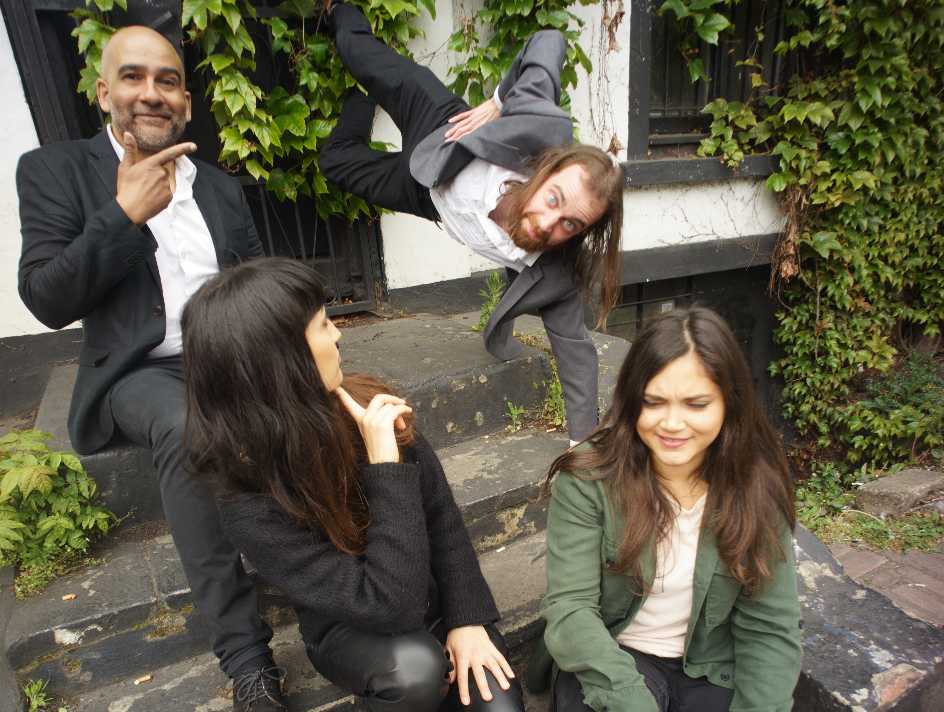 The Little Unsaid began life when West-Yorkshire born producer and songwriter John Elliott started recording music in his garage with an old PC and a £5 microphone. In the years that followed the band has toured the UK and Europe extensively, performed at major festivals including Glastonbury, and received regular radio play from the likes of Guy Garvey and Iggy Pop on BBC 6 Music. In 2017 The Little Unsaid won the Steve Reid InNOVAtion Award for boundary-pushing music creators and received mentoring from Gilles Peterson and Four Tet.

With John joined by regular collaborators Tim Heymerdinger (drums), Alison D’Souza (strings and FX), Mariya Brachkova (Moog bass and backing vocals), The Little Unsaid signed with Reveal Records and released Atomise in 2019. The album was met with across-the-board critical acclaim and the cathartic performances on the launch tour cemented the band’s reputation as a must-see rising live act.

The Little Unsaid recently completed their latest album, made during various periods of chaos and lockdown throughout 2020. It is due for release on Reveal Records in 2021, with live shows to follow later in the year.