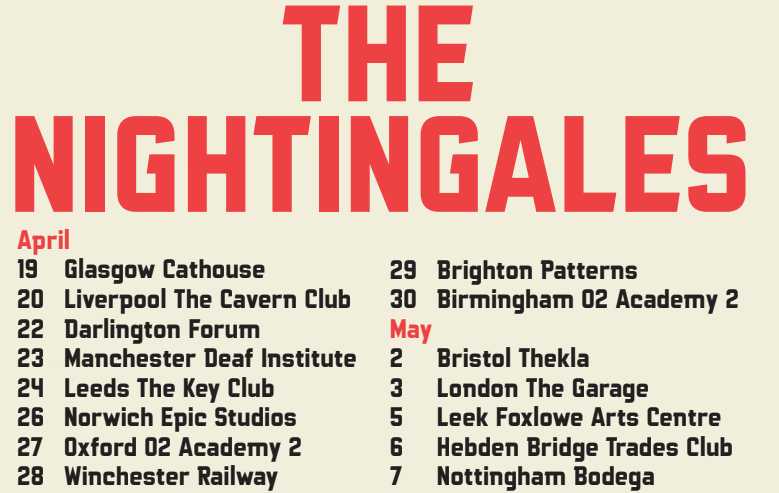 The Nightingales was formed by former members of Birmingham’s original punk group The Prefects. With an ever fluctuating lineup, based around lyricist / singer Robert Lloyd, the band recorded a bunch of singles, three albums and many radio sessions for John Peel before it stopped working in the late 80s. The current line up features Lloyd, original Prefects guitarist Alan Apperley, Andreas Schmid from Faust on bass and ex Violet Violet drummer Fliss Kitson.