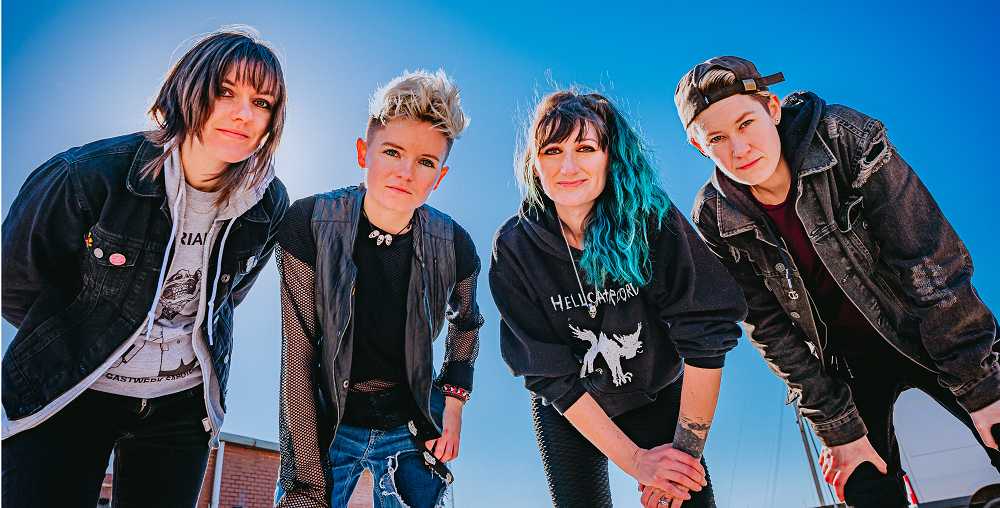 The Ramonas are the UK’s best tribute act to the iconic New York forerunners of punk; The Ramones.

The Ramonas are the UK’s best tribute act to the iconic New York forerunners of punk; The Ramones.

The band began in 2004 and has since evolved into the ultimate re-creation of the 1976 spirit of the definite garage punk rock band. Known for high energy performances that thrill the audiences with all the classic songs, you better be going to see them play!

“Touring, Touring is never boring” and these girls are guaranteed to play high energy, full throttle one hour shows that’ll leave you buzzing for more of that 1976 spirit. Their relentless shows and non-stop touring has earnt them the label of one of the hardest working bands on the scene in recent years.

The Ramonas not only perform sets of Ramones tunes; since 2016 they have also written and released a number of self-penned albums and EP’s which include their hits First World Problems, Speak Up, The Daily Fail and more!

“Blasting the tunes relentlessly, one after the other with barely room for a single breath in between, this band are passionate and dedicated to what they do, without becoming the Ramones they really embrace their tenacity and spirit, and they rocked the bustling Maze on this night with a vigour.” – Generation Hush

“The Ramonas rocked hard – if there is such a title as best tribute act – then this band deserves the aforementioned accolade like no other! Front woman Cloey Ramona’s (no, everyone’s) performance was one hundred per cent physical and simply stunning.” – Louder Than War