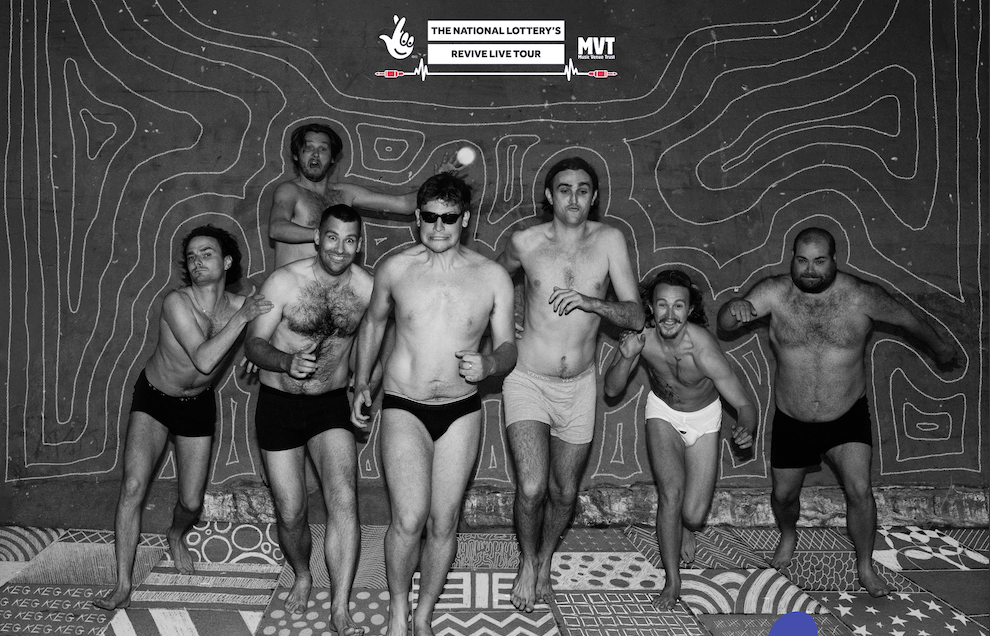 The National Lottery and Music Venues Trust presents KEG as part of the #ReviveLive tour.

Tickets will go on sale at 10:00am on the 3rd of December and are available through the external ticket link on this page.

Buy a ticket to this show and bring a friend for free! We’ve all missed music and mates over the last year. Now is the time to #ComeTogether to #ReviveLive music. With every ticket your +1 must bring a National Lottery product such as a scratch card or lottery ticket (physical or within the app) to gain entry to the show.

Hailing from towns around the UK, formed in Brighton. Keg have a propensity for complex, sweaty rhythms twinned with impish humour. This broth is ready to clog your arteries.  ♫♪♪

Support for this show comes from: Hallan are a Portsmouth-based four piece who write and rehearse in an 18th-century fortification built into the side of a hill and surrounded by a forest. It’s within these dramatic surroundings that frontman, Conor Clements channels the frustrations, insecurities and events of early adulthood into his lyrics. Which are littered with observational poetry and messages of reassurance that you’re not alone in this overwhelming world. With the band drawing influences from the people they cross every day – in the supermarket aisles, on your Facebook feed, next door neighbours. Hallan observe and commentate on British life via an Orwell-influenced bleak vision of the future and the cut-up style of Burroughs and other beat generationers. ♫♪♪