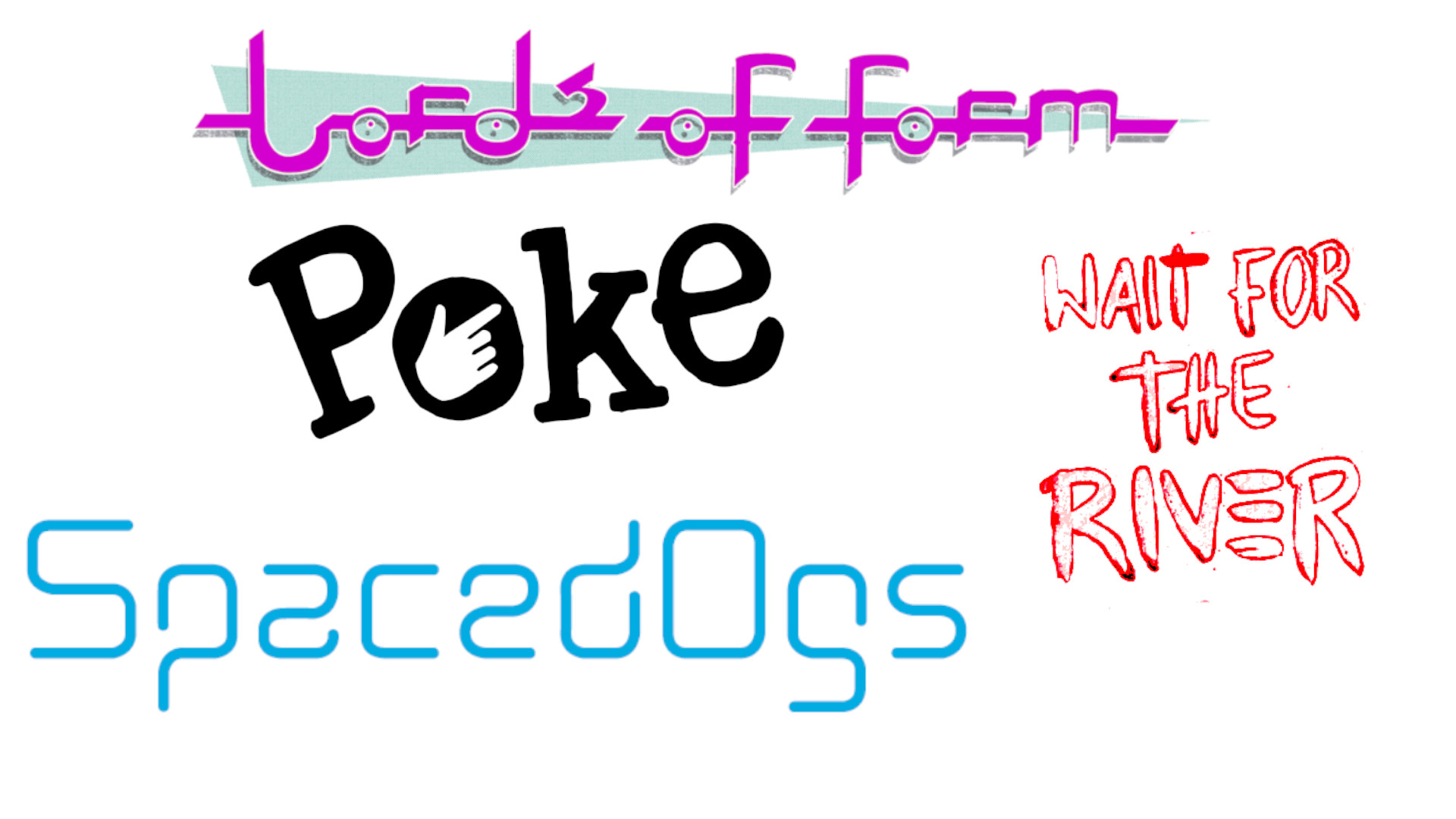 A night of psych, prog and sounds from the darker side of the universe.

After disembarking from the good-ship Hawkwind, following a 12-year voyage and touching down on terra firma, UK based multi-instrumentalist Niall Hone didn’t waste much time in firing up his refuelled engines for his new project ‘Lords of Form’.

Poke are a UK prog/fusion quartet and have been one of the south’s best kept secrets for about 25 years. Formed from members of several prominent underground 90s bands, such as Mandragora, Tribe of Cro, Tarrasque & Great Imperial Yoyo, Poke’s sound straddles genres, primarily encompassing Progressive Rock, Fusion and Psychedelia. Poke gigs are quite rare things, so don’t miss this chance to see this elusive band. You can expect an appetising blend of prog and fusion that’s as powerful as it is melodic. ♫♪♪

Spacedogs are a space rock/psychedelic band put together by chief Og and bassist Dave Onley. Christalien Smeth is the drummer. They are joined by Tyrone Thomas (Paradise 9) on guitar and Paul Woodwright (Deviant Amps/Devora/Glissando Guitar Orchestra) on guitar and usually a guest synth player. Together they make instrumental music that ebbs and flows with guitars weaving patterns between the drums and bass very occasionally ending a song with lyrics. Set Your Mind Free.

Wait for the River

A three-piece “Blues-influenced Stoner Rock” band from the South of the UK. Fuzz laden guitar riffs, weighty bass lines and head-banging-inducing drums create a sound and experience not so easily forgotten. ♫♪♪