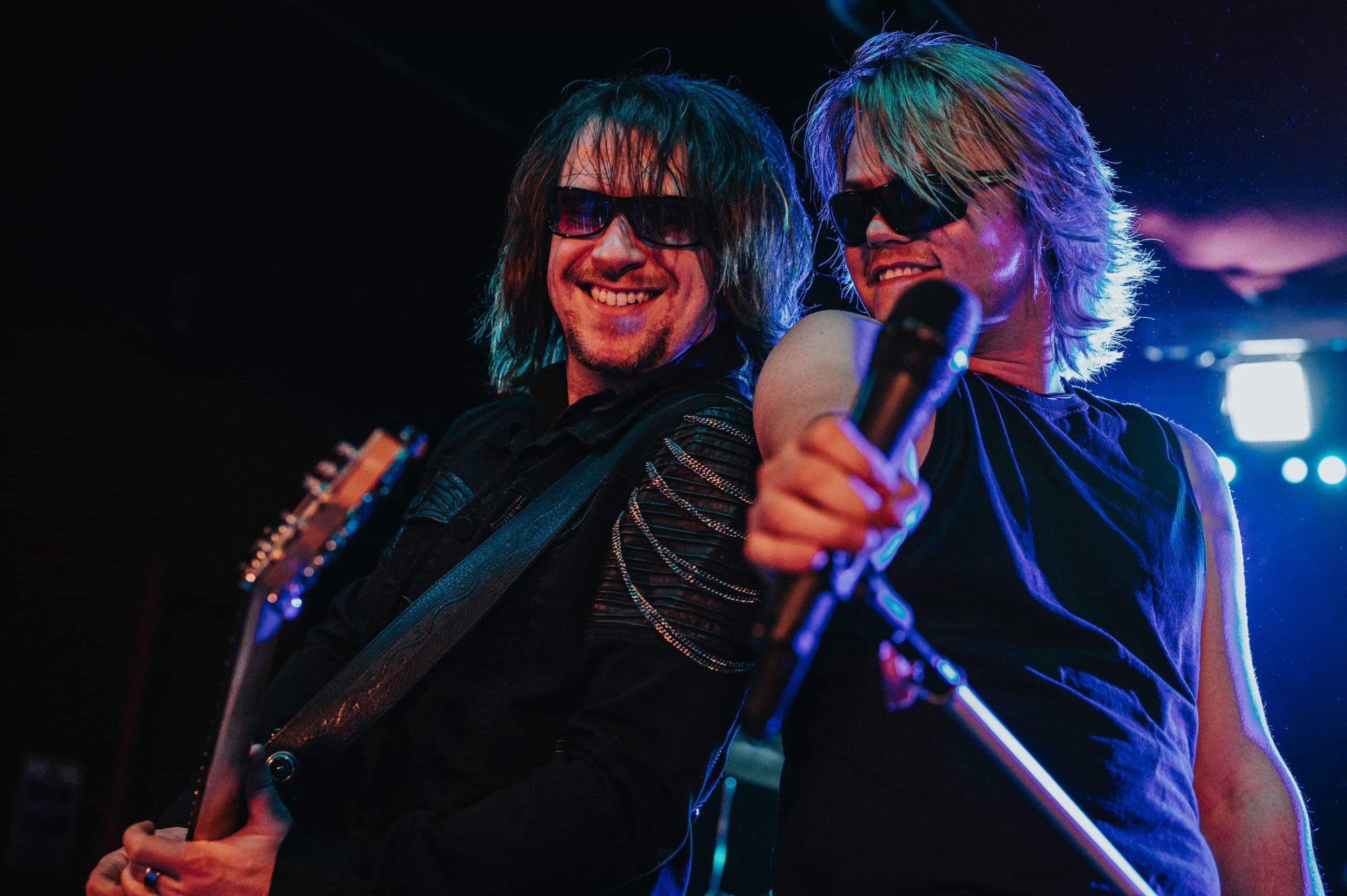 Wrong Jovi are widely considered to be “the best Bon Jovi tribute band in the world!” So much so, that even the former Bon Jovi guitarist, Richie Sambora, has personally thanked the band!

Wrong Jovi are widely considered to be “the best Bon Jovi tribute band in the world!” So much so, that even the former Bon Jovi guitarist, Richie Sambora, has personally thanked the band for their hard work and unforgettable performances. In their 7 years of touring, the band have performed across the world and featured on the BBC prime-time TV show, Even Better Than The Real Thing. 2019 saw Wrong Jovi perform over 100 shows around the world. Selling out music venues and theatres across the UK and headlining festivals in Malta, Abu Dhabi and Bahrain, as well as back home in the UK – including a headline slot on the Electro Love stage at 2019’s Isle Of Wight Festival. Performing a set of greatest hits, live favourites and rarities, the band ensure that there is something for the casual follower and even the most die hard of Bon Jovi fans.

Ally Ward takes on the role of Jon Bon Jovi, baring a striking resemblance to one of rocks most iconic showmen. Not only does he look like Jon, Ally unleashes a vocal so strong that audience members actually believe they are watching Bon Jovi at their very peak – some say he is even better than the real Jon Bon Jovi. Mark Harding takes on the role of Richie Sambora, reproducing the his fiery licks and riffs as well as Sambora’s smooth vocal lines with flare and precision that is unrivalled – he is also a dead ringer for one of Rock N’ Roll’s most recognisable guitarists. On keyboards is Simon Tabert as David Bryan – one of the UK’s finest musicians, Simon performs the songs with precision like no other and is a key factor in ensuring Wrong Jovi are top of the tribute tree. James Houghton, Wrong Jovi’s Hugh McDonald, has performed with acts such as Phil Collins, Mott The Hoople and Dumpy’s Rusty Nuts, opening for acts such as Guns N’ Roses and Rod Stewart – his bass lines and experience are invaluable to the band. Alex Sturgeon completes the line up as drummer, Tico Torres. Alex is one of the UK’s best young drummers and provides the thunderous drumming that drives the Wrong Jovi show

Despite the majority of 2020 being wiped out by Covid-19, Wrong Jovi are intent on making up for lost time in 2021. The band will be embarking on a tour of theatres and large music venues in the UK, as well as taking the show out to Europe and beyond. The hit singles, Livin’ On A Prayer, Always, You Give Love A Bad Name and Wanted Dead Or Alive are joined by live favourites and rarities such as Blood On Blood, Dry County, Wild Is The Wind and This Ain’t A Love Song, ensuring that a Wrong Jovi show is the ultimate tribute to New Jersey’s finest stadium rock band

So, are you ready for One Wild Night of Bon Jovi hits, live favourites and rarities? Wrong Jovi will transport you back to the days when Bon Jovi were the best live act on the planet and transform venues and theatres into stadiums for the ultimate Bon Jovi tribute show. Get your dose of Bad Medicine with Wrong Jovi – “The Best Bon Jovi Triubute Band In The World!